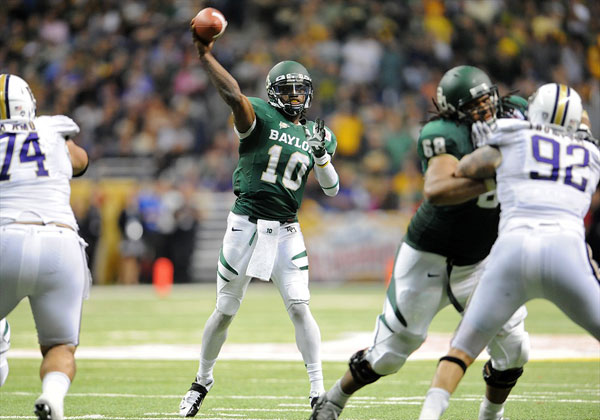 The Eagles will be battling Robert Griffin III two times a year throughout his career because the Washington Redskins have agreed to a deal with the St. Louis Rams to acquire the second pick in this year’s draft.

The Redskins have agreed to give the Rams their first round pick in 2012, 2013 and 2014, plus their second pick in 2012 as well.  That’s a lot to give up and it could put Griffin in a position where he’s not playing with much talent around him.

Right now their offensive line is a joke.  Their receivers are nothing to write home about.  Their running game is shaky at best.  The defense is a question mark, plus the coaching staff itself with head coach Mike Shanahan hasn’t proven to be very effective.

Jeff Fisher and the Rams will have plenty of picks to use to put enough talent around Sam Bradford to give St. Louis a great to win a title.