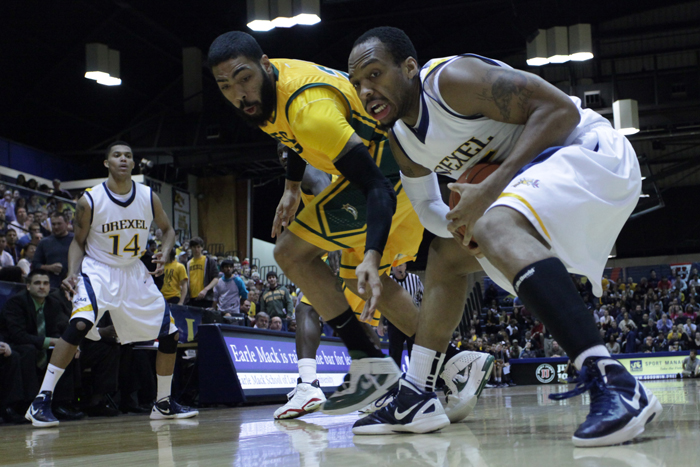 Due to the lack of strength in Drexel’s non-conference schedule the selection committee felt Iona was a more deserving team for a tournament bid. The Dragons non-conference strength of schedule was ranked in the 200’s while Iona’s was 43rd in the nation.

The committee did not believe Drexel’s 19 game win streak nor its CAA regular season title was enough for the Dragons to qualify for the tournament. Instead the Dragons will be NIT bound for the first time since 2007. Drexel’s snub headlined the talk of the college basketball world Sunday night.

“I think sometimes you got to take the eye test and when basketball judgment is utilized I think Drexel should have been a part of the field,” ESPN analyst Dick Vitale told Sports Center shortly after the field of 68 was released.

The Dragons are an extremely young team so they will be back in the conversation for an NCAA bid next season. However, the Dragons administration needs to schedule tougher opponents, to prevent another mid-March heart break.

In the 2011-2012 Drexel non-conference schedule only Virginia qualified for an at large bid in the NCAA tournament, in total the Dragons only played three tournament bound teams all season long, with one being 15 seed Nor Folk State and 12 seed VCU the team that ultimately ended Drexel’s NCAA tournament dreams in the CAA conference championship.  In total Drexel was 1-3 when it played tournament teams. (Drexel played VCU twice going 1-1.) Drexel finished with an RPI of 65, while Iona finished with an RPI of 46.

Drexel fans will be quick to argue that Drexel is a small school, and no one wants to come play them at Drexel. Unfortunately based on this season’s snub, being stubborn and not playing the big schools at all is not an option. The Dragons must go on the road to a school from a larger conference a few more times a season if it wants to return to the NCAA tournament.

CAA conference rival VCU was able to obtain an RPI of 41 this season because in its non-conference schedule it played the Big-East’s Seton Hall, and South Florida.VCU played the  ACC’s Georgia Tech along with the SEC’s Alabama, all schools that were good enough to be in contention to make the field of 68. VCU was forced to play all of the schools just named either at a neutral site or on the road with the lone exception being South Florida.

Drexel neglected to schedule tough out of conference teams and as a result are heading to the NIT. The Dragons play in a city with 5 other division one programs with Villanova and Temple considered storied NCAA programs. Temple is literally a ten minute subway ride away from the Drexel campus, even if the Owls will not come play Drexel at Drexel would a road game 10 minutes away from campus really hurt the Dragons each season? Drexel students easily could make the trek to North Broad Street to support the Dragons.

The snub is absolutely heartbreaking for Dragons supporters. Anyone who watched the Dragons play would agree that Drexel was talented enough to make the field of 68, but the Drexel administration needs to realize being talented isn’t enough, smaller programs need to build a resume to get in the tourney. When you compare Drexel’s schedule to the other bubble teams, it is easy to see why the selection committee went with Iona over Drexel, they saw both teams equally deserving however, needed some form of a tie breaker to decide who deserved it more, and since Iona scheduled tougher they won the tie breaker. The Dragons should be back in the conversation for the next couple seasons, hopefully the school assists this talented young group, by making up a tougher schedule.

The Development Of The Real Evan Turner

Sad day at Drexel U today. The DAC keeps teams from coming here though, so they have to find a way to schedule 3 games against the other Philly teams a year. They will have to continue to play in some early season tourneys and go on the road to play some of the other conferences. If they had more A-10 opponents, it would help.

Have to play in these Early Season Tournaments to improve the RPI/SOS
Iona played in Puerto Rican HOliday Touranment nad Played and Beat University of Maryland and lost to Purdue by 1 Point. Iona also beat St Josephs who beat Drexel…
Bottom line, when St Bonaventure won the Atlantic-10 Automatic Berth by winning the Tournament Championship, this in essence took a 2nd Team from the Colonial League out of the Tournament mix..

Those losses to UVA and ST Joe’s basically doomed the season.

I dont feeel bad for em, gotta play people, winning streaks dontvmean nutin if u dont play no one

They had their own opportunity to play in it and win it and didn’t take advantage, no one to blame but thmeselves, hopfully they will look forward and play well in the NIT instead of sulking about it..