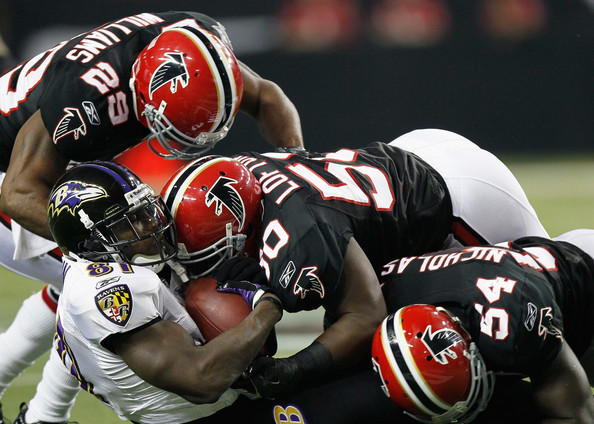 I’m very excited for the start of the NFL Free Agency period, which is one of my favorite times of the year. Today at 4pm EST is the real start of the NFL off-season. The flurry of players changing teams is exciting. I constantly find myself refreshing twitter to see the latest breaking news.

We all know last season the Eagles surprised us all, going out and throwing money at members of the “dream team.” Don’t get your hopes up Eagles fans, because its not going to be like that this time around. There are many reasons for this hypothesis, one being that the front office and organization want to erase the “dream team” label from being associated with the Eagles. It caused expectations to rise, and for ESPN’s hype machine to go into overdrive.

The Birds never lived it down, and the players let the hype get to their heads. Another reason is cap room. The Eagles are only projected to have at this moment, about 9.8 million in cap room. This isnt nearly enough to do what the Birds did a year ago. Finally, the Eagles are a team that wants to build through the draft, and they’ve done it the last few years with Jeremy Maclin, DeSean Jackson, and LeSean McCoy.

However, that being said, I don’t think the Eagles shouldn’t sign a couple of players to fill needs. The biggest need in Free Agency has to be at the LB position. The Eagles don’t just need one LB, they really need two. Its really important that the Eagles have adept personnel for all positions, and they failed to do so last season at LB.

It was a HUGE mistake to rely on a rookie like Casey Matthews to start at the MLB position. The Eagles should have known that it’s important to be solid in the middle in the Wide 9. Just ask DL coach Jim Washburn. When he was in Tennessee he had three-time All-Pro Keith Bulluck in the middle for almost ten years, and then Stephen Tulloch in 2010. The bottom line is that Washburn, and the Eagles know that they need to acquire a starting caliber veteran in the middle.

They need a bowling ball that can step right in and and be a tackling machine.  The Eagles would be doing wonders for their defense if signed a veteran MLB. Im not set on a particular name, I just want one of Stephen Tulloch, Curtis Lofton and old reliable, London Fletcher.

Tulloch has the advantage because he has played behind the Wide-9 formation his whole career, and is a versatile player. He’s a bowling ball that can hit, and is quick enough to play on 3rd down.  The Lions want him back badly, but may not have the cap room to do so.

Lofton is younger than both players, and has notched over one hundred tackles for the last three seasons. He would definitely give the Eagles the solid play at MLB that they have needed since Stewart Bradley tore his ACL a few years back. The only downside to Lofton is that he may not be the best in coverage. If this is the case, he probably wont be worth the money he’s going to ask for. The Falcons seem to be ready to let him walk, so that may be a red flag.

There’s been a report that the Tampa Bay Buccaneers are going to make a concerted effort to sign Lofton.

Fletcher would bring leadership and a voice in the locker room. He been a captain for the Redskins for the last couple years and  sets a good example for the young players on defense. He’s also a tackling machine, collecting a total of 166 tackles last year. Fletcher is definitely a fit, but age is a huge question. Hes going to be 37 in May. The Redskins want him back, but also have other priorities.

I would be fine with the Eagles signing any of the above players to man the middle next year. The Eagles could also look to upgrade the SAM LB spot, and former Seahawk David Hawthorne would fit the bill. He has played OLB and MLB, so his versatility could be attractive to the Eagles brass.

Plaxico would take snaps away from Riley, but so be it. I’m not even sure Cooper makes the team next year. It also helps that Plax wants to come to the Eagles, and that him and Michael Vick are great friends. Its worth the character risk. I have confidence that Andy Reid and Michael Vick would keep Plax on his best behavior. If he is fine with a reduced role, he could land with the Eagles.

The Eagles should also look to add a veteran safety, and possibly a back-up for Shady McCoy in Free Agency.

It would also be wise to re-sign LG Evan Mathis, who fit great into Howard Mudd’s system. Mathis helped make the Eagles O line one of the best in the NFL last year, starting 15 games. Mathis played well next to All-Pro LT Jason Peters, and solidified the Eagles left side of the OL.He must be resigned.

Free Agency is always a blast. Sit back, relax, and enjoy the chaos. I know I will.