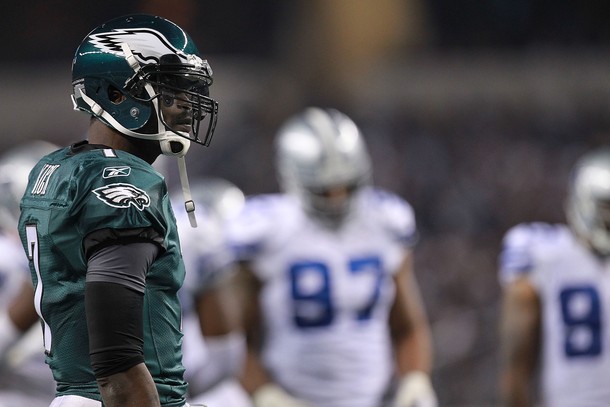 The Eagles 2012 season schedule is out and they’ve got a tough first half of the season then in the second half it looks much easier based on the records the teams had a year ago.  You truly can’t base the 2012 season on the 2011 records but that’s all we have to go by at the moment.

This schedule will be a challenge for the Eagles who have been notoriously slow starters under Andy Reid.  If they don’t get it together quickly with this schedule, they could be facing an uphill battle to get to the playoffs.

The season begins with a battle in Cleveland versus the Browns, who were 4-12 a year ago.  That’s one of the few games in the first half of the season that looks like an easy one.

In week two, the Birds will host the Baltimore Ravens, who were 12-4 a year ago and a play away from the Super Bowl.  They’re coached by former Eagles assistant coach John Harbaugh. This will most likely be a tough one.  Joe Flacco continues to improve as the stars on the defensive side, Ray Lewis and Ed Reed, continue to play well despite being well past their prime.

In week three, the Eagles go to Arizona to face Kevin Kolb or John Skelton and the Cardinals, who were 8-8 in 2011.  The Eagles are away from home but it’s a game they need to win because the West division still isn’t very tough.

In week four, the Birds host the defending Super Bowl Champion New York Giants on Sunday night in front of the nation.  The Giants who were only 9-7 a year ago during the 2011 regular season, but went on an improbable run during the playoffs to win it all.

It doesn’t get easier for the guys in midnight green in week five, when they go to Pittsburgh to play the Steelers, who were a playoff team at 12-4 in 2011.

Week six finds the Eagles playing another 2011 playoff team when they host the Detroit Lions, who were 10-6 in 2011.

In week seven the Birds have a bye.  This a good place for a bye because the week off might give a key Birds player who is injured, time to return to the lineup.  We all hope that Michael Vick isn’t one of those players, who needs time to recover.

Again this is a good time for a bye because the Birds could use a week off during what looks like one of the tougher stretches of the season.  It’s playoff team after playoff team during this part of the schedule.

In week eight, the Eagles host the Falcons who made the playoffs a year ago and were 10-6 during the regular season.  Matt Ryan is getting better and Atlanta is eager to make some noise in the playoffs.

The Birds play on Monday night in week nine.  They’ll be headed to New Orleans to take on the Saints, who were 13-3 and a playoff team a year ago.

Week ten finds the Eagles hosting the division rival Dallas Cowboys, who will be trying to get back to the playoffs after finishing 8-8 in 2011.

In week eleven, the Birds go to Washington for another division game, this time against the Redskins, who were 5-11 in 2011.

It’s another Monday night game in week twelve, this time against Cam Newton and the up and coming Carolina Panthers, who were only 6-10 in 2011.

The Birds will play on Sunday night in week thirteen, when they head to Dallas to battle the division rival Dallas Cowboys, who had an identical record to the Eagles in 2011, 8-8.

In week fourteen, the Eagles head to Tampa Bay for a battle with the Buccaneers who will be trying to rebound from down year in 2011 when they finished 4-12.

In week fifteen the Eagles host the Cincinnati Bengals on Thursday night in a game which will be telecast on the NFL Network.  The Bengals were a playoff team in 2011 with a 9-7 record.

In week sixteen, the Eagles host the division rival Washington Redskins, who hope to be doing much better than their 5-11 2011 record.

The Eagles conclude the season in North Jersey against the Giants, who of course were only 9-7 in 2011 before getting hot and marching to Super Bowl title.

I see a 10-6 season for the Birds and 11-5 if everything goes well.  This isn’t an easy schedule with the Ravens, Steelers, Bengals, Lions, Falcons and Saints on it.  Not to mention tough games against the three division rivals.