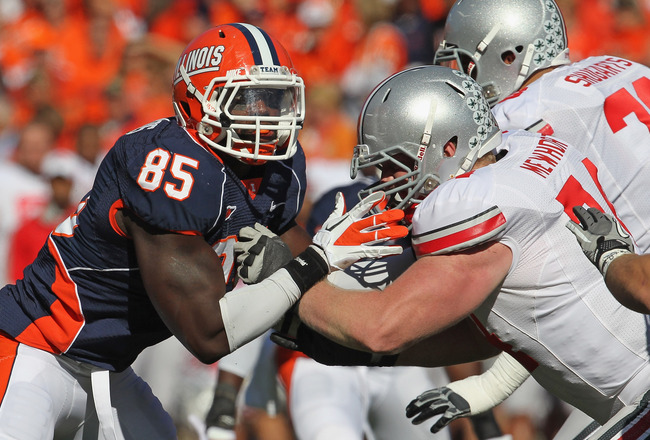 I got the feeling while sitting in the Eagles Executive dining room last Thursday listening to Eagles GM Howie Roseman that he’s spent a lot of times thinking about how their arch rivals up the New Jersey turnpike, the New York Giants have captured two Super Bowl Championships in recent years.

Reese’s formula for building a championship football team includes drafting the best player available and filling wholes on the roster in via free agency.

“We try to pick the best player”, Reese told the gathered media earlier this week.  Later on in his talk with the media, Reese said, “The draft has nothing to do with who is on our team right now, we’re going to draft the best player we can find”.

This is the mentality which Roseman wants to adopt.  He wants the Birds to go through this draft with a mentality that’s almost blind to their current roster.  Like Reese they want to draft the best player on the board.  Reese doesn’t think this draft has 32 first rounders.

Many times with the Giants, that best player has wound up being a big, fast, athletic, pass rushing and playmaking defensive end. Roseman has seen how Reese has stockpiled defensive ends during this championship run.  New York currently has three Pro Bowl defensive ends on its roster,  Osi Umenyiora, Justin Tuck, and Jason Pierre-Paul and they had to move another talented defensive end, Mathias Kiwanuka to outside linebacker.

Coples is falling on draft boards and he would be hard for the Eagles to pass up at 15.  He cannot only be a dominating pass rusher from outside at the defensive end position, but he showed during his junior year that he can do an outstanding job of rushing the passer from the defensive tackle position.

Mercilus is an explosive pass rusher, who led the nation in sacks in 2011 with 16 as well as a total of 22 tackles for a loss.  The Illinois defense end had an amazing nine forced fumbles in 2011.  He’s 6’4″ 260 pounds and like Coples, he has the ability to move inside and effecively rush passer from the defensive tackle position.

There have been questions about Coples taking him plays off and Mercilus not being able play against the run.