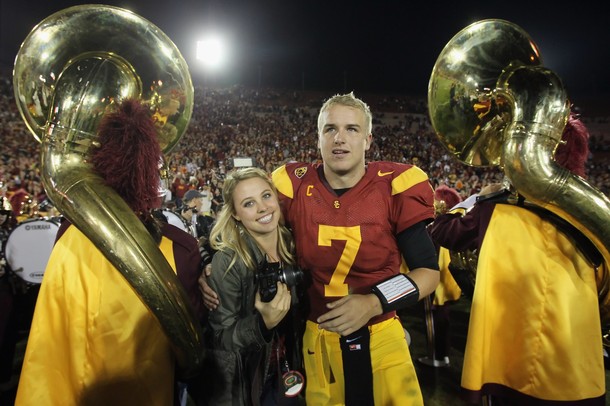 When the summer heat comes, its a sign that we are only a few months away from the best time of the year. Next year we will have the USFL to occupy our time between seasons, but nothing matches those five months that make up the college and pro football seasons. College football is by far my biggest passion in life. I have had to live with predicting the national championship game last year, but having the wrong side as the winner. I have worked twice as hard this year to get it right. I started working on this analysis the Monday after the National Championship Game. A lot can happen from now until opening weekend, but here is a sample of what things look like as of now.

5) Alabama: If we are going by talent and the criteria is who are the best teams, Alabama would probably be up a few spots. But they travel to Baton Rouge this year to face a loaded LSU squad. I have to believe they have payback on their mind. I also think they will add another loss to their record. The tide have Michigan to open up the year in Dallas on September 3rd. They also visit Arkansas, Tennessee, and host Auburn in the Iron Bowl in November. They only have two returning starters on defense as well. All that being, said I wouldn’t worry too much if you are a Bama fan. This team is almost as good as last year’s squad and will be in every game in the fourth quarter.

4)Oklahoma: Again, this is a team if you judge based on talent and ability should be at number one or two. Oklahoma has 15 returning starters led by All American Quarterback Landry Jones. Wide Receivers Kenny Stills and Jaz Reynolds are back on the outside and will be constant targets of Jones. Bob Stoops brings back his brother Mark  to run the defense. The two won a national championship together in 2000

3) Florida State– 15 seems to be the magic number as the Seminoles also bring back 15 starters from last years team. Many thought they started the year equally as talented as any team in the country, but the team suffered a rash of injuries early on. They recovered nicely and ran off seven of their final eight games to end the year. They will be led by quarterback EJ Manuel, and have All-America candidates all over the defensive line and backfield. They will roll through the ACC.

2)LSU: LSU is loaded, just like last year. Defensive back/return specialist Tyrann Mathieu is back, as well as receiver Oldell Beckham along with all four tailbacks that were a part of the team that came up one game short of a perfect season. If there is a question mark, it remains at Quarterback where junior Zach Mettenberger will start the season as the Tigers signal caller. The team proved last year it could get to the big game with uncertainty from the QB that could easily happen once again.

1)USC –Surprise, surprise. I am sure that is what all Trojan fans thought last year when Matt Barkley decided to return for another season. Many (including myself), think USC would have been a better match up for Alabama. USC was on a serious roll when the season ended. They plan on picking up where they left off. Barkley has many weapons in receivers Robert Woods and Marquis Lee. Running Back Curtis McNeil is also back, as are a total of 15 starters. This defense is going to be something to watch. As I said, a lot could happen before the September kick off but there would have to be a major injury to a key component of this team to get me off them as the probable national  champion. What a fun team this will be to watch.

We are less then 90 days away from kick off with lots of work to be done. The complete college preview will be out the third week of August.

USC now has bowl eligibility. Can’t say that I missed them.