How the Philadelphia Flyers Can Move Up in the NHL Draft 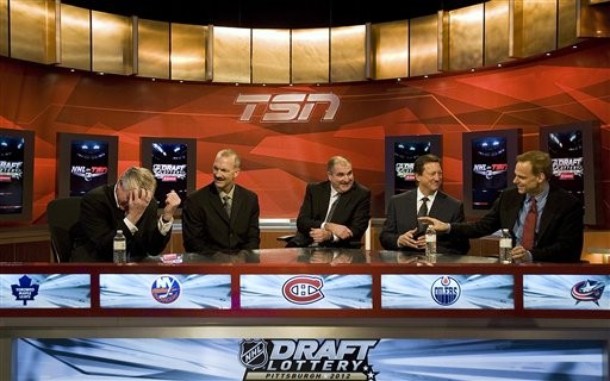 I’ve been reluctant to craft mock drafts or post my educated, if not completely unreliable, predictions on who they could select simply because this organization is too unpredictable to bother guessing at.

The fact that the team is tied very heavily into the potential trades of superstars Rick Nash and Bobby Ryan is a perfect example of this. Both are excellent players to have on any team, but at what cost and to fill what void?

The asking price for both players appears to include one of Sean Couturier or Brayden Schenn, among other assets, and all signs point to the Flyers being unwilling to part with either forward. James van Riemsdyk, on the other hand, is being dangled as the prize catch for any potential swapping of picks.

Both Bill Meltzer from HockeyBuzz and Dustin Leed from The Hockey Guys have confirmed that the Flyers told several of the top-ranked draft eligible players that, if the Flyers can move up in the draft, they will be calling their names.

The Flyers are only likely to move up, though, if the players they covet are still on the board by the time they can pull off a trade. So who are their potential trading partners?

Realistically, the Flyers can move up from #20 to any of the spots between #5 and #9.  The difficulty will be outbidding any other teams for those positions.

If any general manager can pull it off, though, it’s Paul Holmgren.