Trading For Luke Schenn Was A Mistake 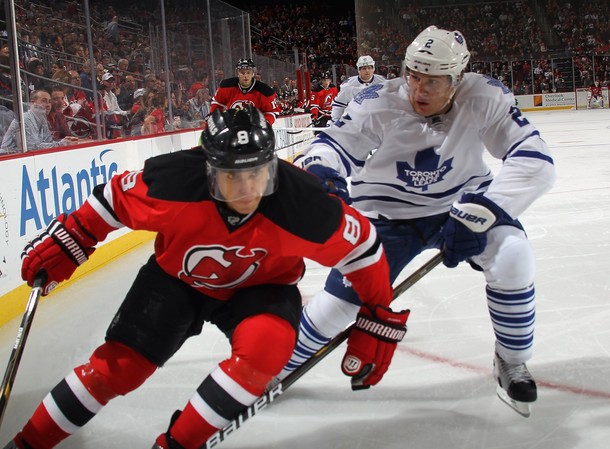 Brayden Schenn’s older brother has a solid build (6-2, 230lbs), but he doesn’t make the type of plays that win fans over. Schenn will stay at home and block a shot or two but at the end of the day he isn’t going to join the rush or send a saucer pass to the tape of Danny Briere’s stick anxiously pacing the opposing blue line.

East Coast hockey preaches aggressiveness, and that’s what Schenn’s game is missing. Van Riemsdyk might be taking longer than Broad Street hoped to produce into the player the Flyers hoped he would on draft day, but he always skated aggressively.

At 23 years-old, JVR has seen 39 playoff games and was the highlight of Philly’s early exit during the 2011 post season. As much as he would seem passive during the regular season, when the post season came around his aggressive style was front and center.

The 2011 playoffs showed just how dominating the winger could be when he uses he size to get into the slot, but an injury-plagued season kept him from developing his physicality further. This post season he only posted two points, but was buzzing around the net as much as anyone else.

He was involved in an altercation with hotheaded 40-year-old Martin Brodeur because he was blocking his vision in the crease, being aggressive. No matter how disappointing he has been, the Jersey native possesses the size, speed and edginess to become a dominating power forward in the league today.

The Flyers made this trade because they panicked. The Penguins just snagged up Brandon Suter and instead of drafting a defensemen the Flyers decided to take a two-way center to add to the countless two-way forwards and centers that fill out their AHL and NHL depth charts.

Besides the Sarnia Sting, this draft catered to defensemen. The Flyers passed up Olli Maata (Finish d-man who plays in the OHL), Michael Matheson (a Canadian who is playing in America, I’d pass on him too), Jordan Schmaltz (a 6’2” d-man who is going to be a force for a young St. Louis Blues) and Brady Skeji (another 6’2” American defender). The Flyers let two defensemen fall to division opponents who saw talent in them and instead traded for someone who was practically booed out of Air Canada Centre.

When the Flyers lost the coin toss that sent Patrick Kane to the Blackhawks and JVR to Philadelphia, they always claimed that they would have picked him even if they had the number one pick of the draft. But I guess this trade answers that question because Toronto’s General Manager Brian Burke knows JVR for Schenn straight up is a steal.