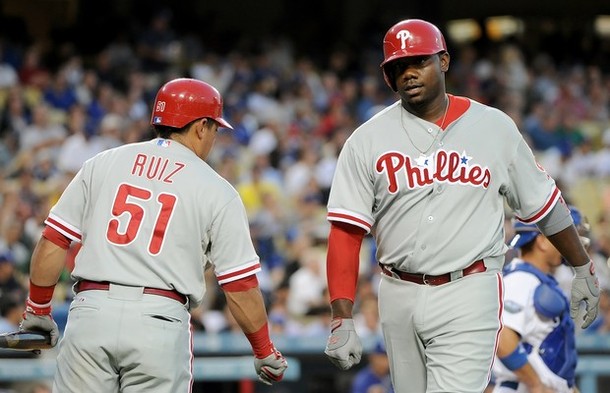 The Phillies won their third straight game on Monday night, taking down the Dodgers 3-2 out in Los Angeles. The Phils’ built an early 3-0 lead, and rode the excellent pitching of Joe Blanton and Jonathan Papelbon to victory.

Is Howard wincing, smiling or wearing a mouthpiece(and showing it) after every swing. I cant seem to figure that out yet. At first I thought he was wincing in pain but now im not too sure.

not wincing, maybe copying kevin durants style with the mouthpiece?

I still say they are rushing Howard back too soon..