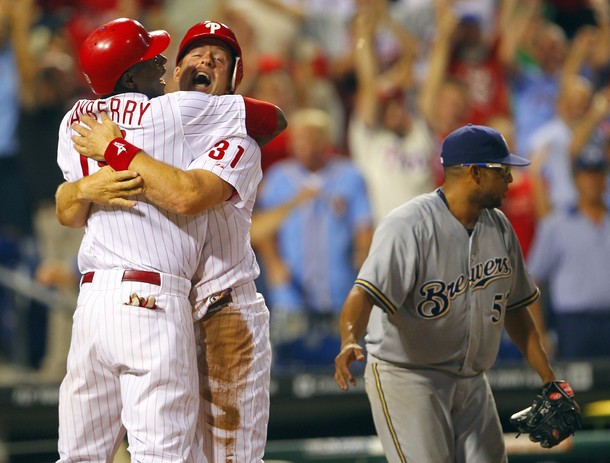 The Phillies completed a sweep of the Milwaukee Brewers on Wednesday afternoon, completing a third straight come-from-behind victory over the Brew Crew with another 7-6 victory.

Howard Mudd And Michael Vick Getting On Same Page