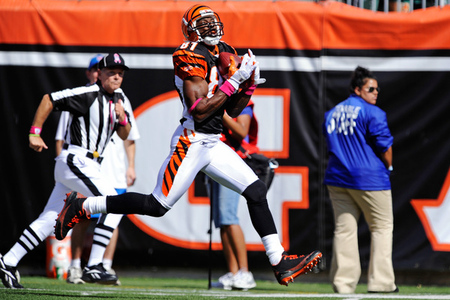 The Seattle Seahawks have reached a one-year agreement with former Philadelphia Eagles wide receiver Terrell Owens.  Owens, who is 38-years old worked out for the Seahawks yesterday and obviously impressed them enough for them to ink him to a contract.

Last year in 2011, Owens sat out the entire season after undergoing surgery on his left knee.  It’s been reported that he ran a 4.5 in the forty-yard dash for the Seahawks, which is impressive considering his age and size.

In 2010, the veteran wide receiver played for the Cincinnati Bengals in 2010 and caught 72 passes for 983 yards with nine touchdowns.

Owens who has Hall-of-Fame numbers, played for the Allen Wranglers of the Indoor Football League earlier this year, caught 35 passes for 420 yards and 10 TD’s.

Probably the best WR on the entire team. I also expect the Arizona Cardinals to bring in Donovan Mcnabb for a workout after watching Kevin Kolb stink up the joint in the HOF game. What a scrub.

It would serve the Cardinals right if they signed Mcnabb….Kolb is a damn scrub and was never anything but a scrub.

McNabb could actually step in and help that team compete.

By the way…..Where are all the guys who said Kolb would be a good NFL QB if given the chance now?

He’s a damn bum like we said the day they drafted his bum ass….and Skelton is a clipboard holder at best.

Kolb was fools gold sold by the birds. Thanks for DRC.

McNabb is about as accurate as a fortune cookie in a chinese restaurant.

A 4.5 40? Thats smoking! say what you want bout the man but you cant deny he’s a physical specimen.

My comment will probably be deleted but hey T.O. can still fly. At 38 he probably can still produce at a nice pace.