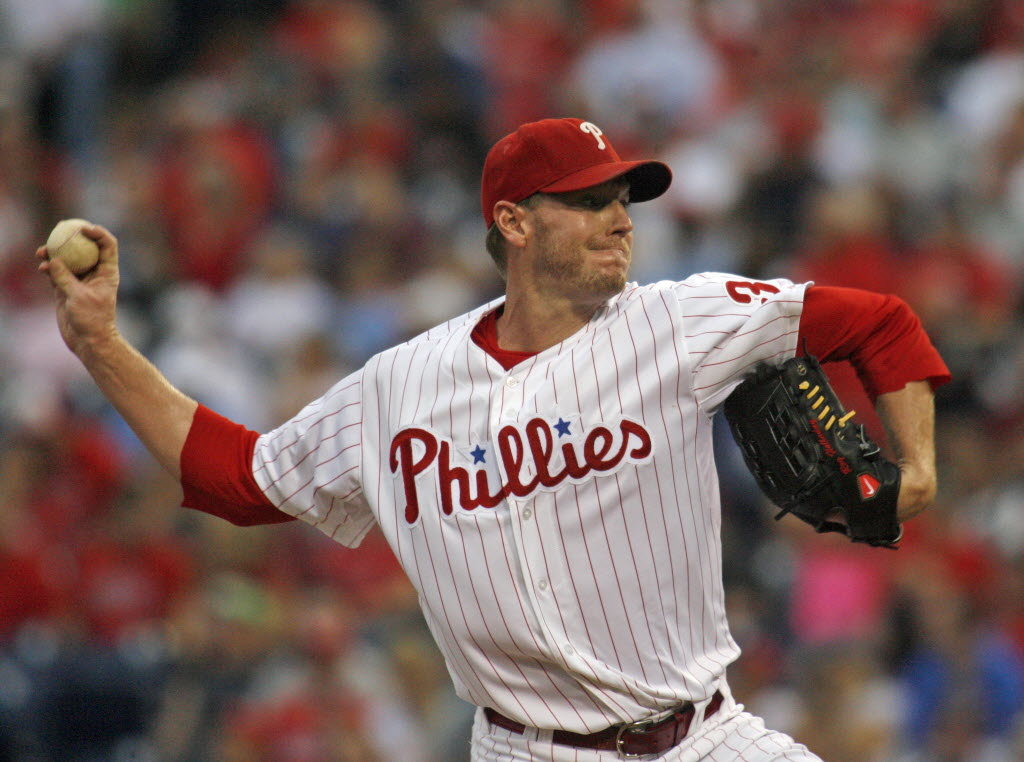 A disappointing baseball season came to an end on Wednesday, with the Philadelphia Phillies finishing the 2012 season with an 81-81 record, missing the playoffs for the first time since 2006. The Phils must now begin preparations for an important off-season, as they look to prove that this year’s failures were just a bump in the road.

Now that the season has ended, let’s a take a look at the roster one player at a time and get an idea of what the Phillies can expect from each of these players moving forward. We’ll begin with one the biggest names on the roster, starting pitcher Roy Halladay.

The Phillies had a lot of question marks before the 2012 season began, but Roy Halladay was not one of them.

After winning a total of 40 regular season games, throwing a perfect game, a post-season no-hitter, winning a Cy Young Award in 2010 and finishing 2011 with a superb 2.35 ERA, everyone assumed that Halladay’s dominance would continue and that he would continue to be the anchor of the pitching staff.

To the shock of many Phillies fans, the Roy Halladay that we saw in 2012 was a shell of his former self. The starter put together a decent win-loss record (11-8), but his ERA skyrocketed to 4.49. For the first time in his Phillies career, Halladay didn’t throw a single complete game after throwing 17 combined in his first two seasons.

Halladay battled shoulder problems throughout the season. He spent more than a month of the season on the disabled list, and even when he was healthy enough to pitch it was a struggle for the former ace to succeed on the mound. He had lost some of his velocity, and his pitches weren’t moving as well they used to, making him much more hittable for opponents.

Halladay really labored through his final five starts of the year. He finished with a 3-1 record in September, but also posted a 6.84 ERA in that time, allowing 20 earned runs in just 26.1 innings.

To sum it up quickly, Halladay has begun to decline. He had his share of good nights in which he was able to come out fire seven scoreless innings, but more often than not it was a struggle for him just to put together a quality start.

Phillies fans don’t want to hear this, but they need to understand and accept the fact that the Roy Halladay they knew and loved is gone.

Sooner or later, every athlete reaches the point in his career where his body just can’t do what it used to be able to, and their skills start to deteriorate. That’s exactly what’s happened to Halladay. He’s going to be 36-years old when the new season begins, and he’s logged a ton of miles on his arm throughout his career. Many fans, writers, and players have often described Halladay as a “machine”, but the reality is that he’s human, and can’t escape Father Time any better than the rest of us can.

Halladay himself admitted as the year ended that his body is different now than it was just a year ago, and that he needs to make adjustments to his workout routine so that he has a better chance of succeeding next season.

In 2013, less will be more for the Doc. I think that it’s going to be very important that Halladay completely understands his physical limitations at this point in his career. The days of him being the workhorse of a pitching staff are over, and with Cole Hamels and Cliff Lee still in the fold, Halladay still has a chance to thrive on this team in a lesser role.

Instead of expecting himself to go a minimum of seven or eight innings every night, I think Halladay should regularly be limited to six innings per start. By limiting the physical toll that they place on his arm, the Phillies could preserve his effectiveness and give him a better chance to perform well consistently. Maybe on nights that he looks really good, and his pitch count is low, the Phillies could leave him in for longer, but I believe the best way for the Phillies to get the most out of the former Blue Jay is to cut back on his workload. This means there can’t be anymore outings where Charlie allows Halladay to run himself into the ground with 120-130 pitches.

Halladay’s time as a true ace may be over, but he’s still got some good baseball left in him. How often we see the good remaining in him will depend entirely on how wisely the Phillies manage him in 2013.