Offensive And Defensive Lines Are Not Getting The Job Done 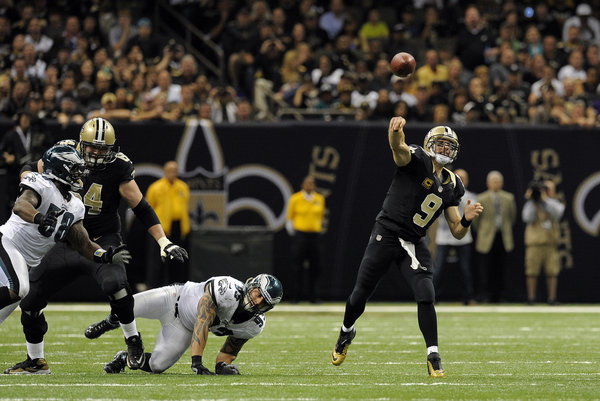 Andy Reid has always said that you win and lose upfront in the NFL, meaning on the offensive and defensive lines.  He thought he was improving his chances of winning a Super Bowl title by bringing in two highly regarded NFL line coaches, Howard Mudd and Jim Washburn, a year ago, but at this point it looks like the decision will cost him his job.

Right now, neither the offensive or defensive line is performing well enough to win in the NFL  Birds GM Howie Roseman has to take some of the responsibility because he brought the Birds offensive and defensive linemen in here.  Remember they gave away Winston Justice and he’s starting and playing good enough for a 5-3 Indianapolis Colts team.

On the defensive side of the ball, longtime Tennessee Titans defensive line coach Jim Washburn was supposed to come in and take the defensive line to another level.  Last year they were on another level, but this year they’ve been pathetic.  They shared the league lead in sacks at 50 a year ago, but this time around they have only 11 sacks after eight games, which is on a pace for twenty-two at the end of the year.

Mudd’s offensive line has been flat out awful and they were on full display last night in front of the nation against what was supposed to be the worse defense in the league.  The Saints hadn’t been able to even slow down offenses.  You can believe that Dallas Cowboys Pro Bowler DeMarcus Ware was licking his chops for the chance to pass rush against the likes of King Dunlap and Demetress Bell next week.

I know injuries have hurt the Eagles offensive line severely, but Mudd has been a flat out failure at getting the backups to perform on an NFL level.  They can’t be legitimately regarded as a NFL line.

The Birds offensive line was so bad last night, that it’s hard to decide which part of the line is worse, the middle of the line or the tackles.  They each get beat so much, defenses can take their pick about which area of the line to attack.

Mudd who believes in a my way or the highway coaching philosophy hasn’t been able to put a group out there which can do the job.

Last night they allowed Michael Vick to be sacked seven times but it could have been many more were it not for the quarterback’s speed and running ability.  I know Mudd has had years of accomplishment, but this season he hasn’t been able to put together a group of offensive linemen who can do the job.  If Reid wanted to fairly get rid of assistant coaches who haven’t done their jobs, like he did  he needs to say good-bye to Mudd.

Brandon Graham and Jason Babin each came down with a sack last night, but they still didn’t put any kind of consistent pressure on Drew Brees.  I thought Washburn should have started some of the backups after the defensive line had gone three games without a sack.  Graham deserves more playing time.  This group has been unproductive for whatever reason.  The NFL is all about production, everything else is unimportant.

We heard the defensive ends talk about double teams and chip blocking, but nobody cares about the excuses.  Either you do the job or you don’t do the job.

Brees had plenty of time to throw the football and that’s one of the reasons he completed 21 out of 27 pass attempts in the game.  Most of the time he dropped back with no pressure any where around him.  Just about all night he had plenty of time and room to move around and find an open receiver.  Washburn and his defensive line aren’t getting the job done.

The defensive line also had no answer for the Saints running game.  Babin was getting pushed around all night long as New Orleans targeted that left side to run the ball toward.