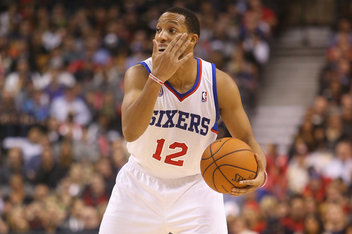 The Philadelphia 76ers snapped their two-game losing streak on Friday night, taking down the Utah Jazz 99-93 in Philadelphia. The Sixers now hold a 5-4 record.

Sixers Going Through Highs And Lows

A good and much needed win for the 76ers over a quality Team
It’s going to be an up & down Season thru the first 40 Games or so until they get a good rhythm and rotation going only to have to re-adjust again whenever Bynum returns which is provably a good 2 months away, so they need to move forward and figure their playing time/rotation along the front line in the meanwhile with Allen,Brown, Hawes and rookie Moultrie