Amazingly, Todd Bowles Has Made The Defense Much Worse 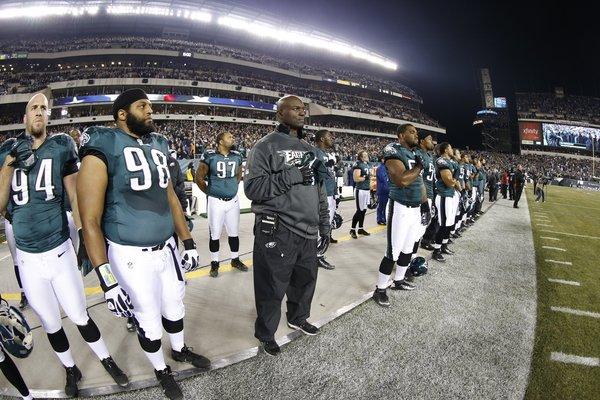 Quarterbacks are completing over 75% of their throws against the Bowles-led defense in those five games.  He’s a secondary coach, yet the Eagles secondary has given up 13 touchdown passes and not been able to pick off a single pass in the five games under Bowles leadership.

Bowles was supposed to be a secondary coach with head coaching potential, yet the secondary seems to be totally confused about their assignments.  His job is to coordinate the different areas of the defense, namely the defensive line, linebackers and secondary.  It seems that every other play, part of the defense is on one page and the other parts of the defense are on another page.

Cornerback Nmandi Asomugha said the secondary blew  two coverages at the beginning of the game which gave the Panthers two touchdowns.   First it was Panthers tight end Gary Barnidge who caught a 24-yard pass from his quarterback Cam Newton on the first touchdown drive and there wasn’t an Eagles defender in the same zip code.  Wide receiver  Brandon LaFell, then caught a 43-yard touchdown pass from Newton and he was even wider open than Barnidge.

On another play, Newton threw the ball up deep in much the same way Robert Griffin III did in the Washington game.  There were two Eagles defenders, cornerback Dominique Rodgers-Cromartie and safety Kurt Coleman with close coverage on Panthers wide receiver Louis Murphy.  You would think it was a mistake for Newton to attempt this throw against such tight coverage.

In the much the same way which Redskins wide receiver Santana Moss did a week earlier against Coleman and Brandon Boykin, Panthers Murphy went up in the air over DRC and Coleman to make the catch for a 55-yard gain.

This secondary plays with no confidence when the ball is in the air.  They play passive football and perform as if they’re supposed to allow completions without challenging the receivers for the football.

The Birds secondary seems to be trying to make sure that Bowles never gets a defensive coordinator’s position after this one.

Lurie Should Have Mercy On Andy Reid And Fire Him