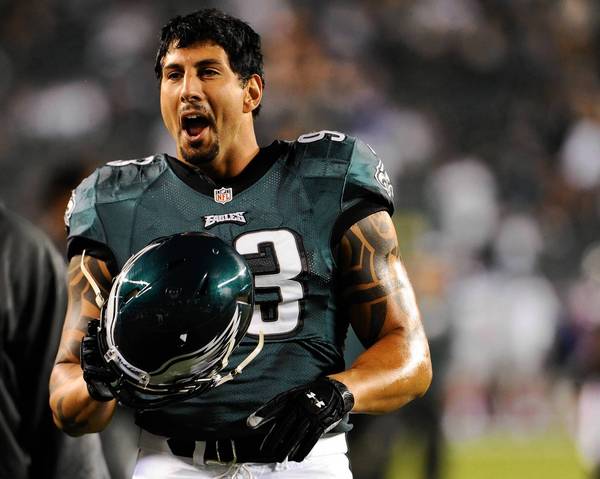 In an amazing and surprising move the Philadelphia Eagles have released starting defensive end Jason Babin. The veteran pass rusher played in 40 plays for the Birds last night in their loss to the Carolina Panthers.

Andy Reid says this was done to allow some of the younger players like Vinny Curry to get on the field.  Curry got the chance to play last night as he dressed for first time this season.  He played only 20 plays but led the Eagles defensive line with five tackles in the game.

“We appreciate everything that Jason has given this team over the last couple of years,” Reid explained. “We wish him all the best as he continues his career. By releasing him today, this gives us an opportunity to give more playing time to some of younger guys in the defensive line rotation.”

The Eagles Should Have Been Benching Players Long Before Now