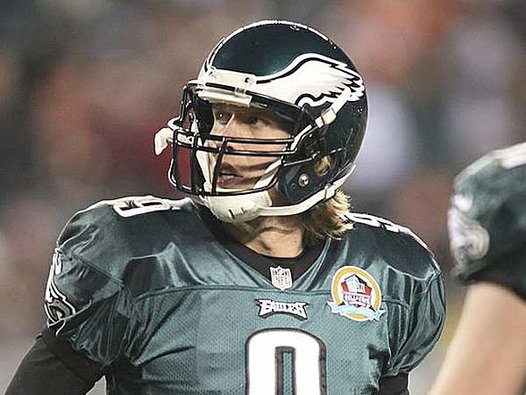 A Return To Form

Just a couple of days ago, we saw the Eagles play one of their strongest games of the season. Mistakes were kept to a minimum, Nick Foles took a major step forward, and the defense played with a little intensity.

On Thursday night, we hoped to see the young Eagles build off of the momentum they’d gathered from the come-from-behind victory over Tampa Bay. Unfortunately, what we saw was a return to the fundamentally flawed, mistake-prone football that we’ve had to deal with throughout the season.

When this team checks out, they turn to dust almost instantly. The Eagles actually played the Bengals pretty tough through three quarters, but completely imploded during the final stages of the game and allowed the Bengals to score 24 unanswered points.

The Eagles continued to have issues protecting the football, turning the ball over five times. Jeremy Maclin began the game by fumbling away the football on the first possession of the game, setting the Bengals up for an easy touchdown. Running back Bryce Brown continues to have issues securing the football. Brown’s fumble in the fourth quarter that was returned for a touchdown served as the knockout blow that ended any chance of the team coming back. Quarterback Nick Foles also had his share of issues protecting the football, throwing an interception and losing a fumble.

The Eagles have had all kinds of terrible special teams breakdowns throughout the season, and Thursday’s game was no exception. On fourth down of the team’s second drive, rookie receiver Marvin McNutt was driven straight back into Matt McBriar’s punt, setting up Cincinnati for a field goal.

Right before the blocked punt, the Eagles also had problems getting the right players onto the field. Somehow, tight end Clay Harbor wasn’t aware that he was needed on the field to be with the punting team. How does a breakdown like that happen? It’s an indictment of how disorganized and poorly coached the team is.

The Final Nail In Andy’s Coffin?

After the Eagles played like a respectable football team on Sunday, there was a bit of fear around the fan base that Jeffrey Lurie could be convinced into letting Reid play out the final year of his contract if the team won their final three games and Nick Foles continued to make significant strides.

If there was any legitimacy to that school of thought, it can be put to bed for good after last night’s game. The Eagles took another embarrassing loss on the national stage, with a stadium that was almost completely empty by the start of the fourth quarter.

Reid’s playcalling during the team’s two redzone possessions in the first half was terrible. No team in the league uses four receiver sets on the goalline more than the Philadelphia Eagles. Even though the offensive line has been an issue throughout the season, you’ve got to at least give them an opportunity to the pound the football into the endzone from short range. Or if you really have that little confidence in their ability to run block, you’ve got to think of something a little more creative than the shovel pass that you’ve used for over a decade, and seem to rely on every week.

There’s no escape for Andy this time. Clearly the team hasn’t responded to his message throughout the season, and no amount of improvement that the team could make in the final two games will be enough to keep him from being fired.

It’s a shame that the good feelings from the Tampa Bay game have been erased so quickly.

Thursday’s game was a long, painful experience for Eagles fans. Actions speak louder than words, and the completely deserted stands in Lincoln Financial Field said it all about how fatigued this fanbase is of the coach, the team, and the culture surrounding them.

The Eagles don’t play again for 10 days, and right now that’s a mercy.