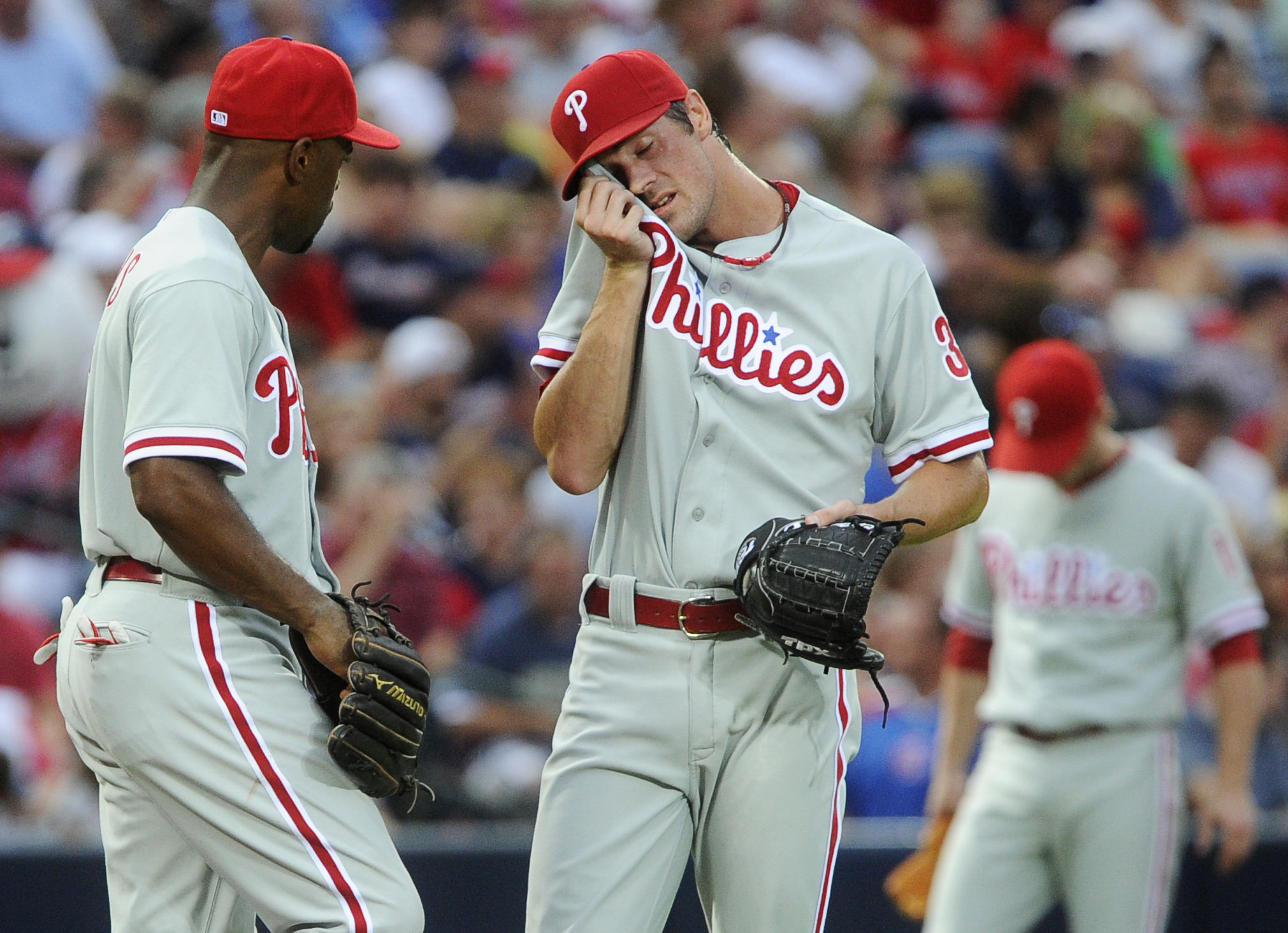 For the first time in his career, Cole Hamels stepped on the mound on Opening Day with hopes of shutting down the Atlanta hitters and getting his team off to a fast start in the new season.

The 29-year old pitcher did not have his best stuff against the Braves as he surrendered three homeruns in a 7-5 loss, something that only occurred once in 2011 on July 21st in San Francisco. Freddie Freeman jumped on a Hamels pitch in the first inning, sending a two-run moonshot into the Atlanta bullpen on a pitch that got away from Hamels. The first baseman finished 3-4 with three RBIs. Hamels’ struggles continued in the following inning after Dan Uggla belted a homer into left field about 15 rows deep. The worst part about the bomb was that it came on a 3-0 pitch.

The home run derby was capped off with a Justin Upton blast that went an estimated 460 feet in the fifth inning. Hamels clearly missed on his cutter as he left it right over the middle of the plate.

Those five runs in the first five innings were too much for the Phillies to overcome.

While Hamels was a disappointment tonight, going just five innings while allowing five earned runs on seven hits, the heart-and-soul of the team, Chase Utley, had a spectacular start to the 2013 season. In what was his first Opening Day appearance since 2010, Utley fell a double shy of the cycle and smacked his 200th career home run in the fourth inning. Last season, Utley homered in his first at-bat, but this time around, he waited until his second at-bat to do so. He wound up driving in three of the Phillies’ five runs.

While no other Phillie besides Utley recorded multiple hits, Ben Revere put together an under-the-radar kind of night. As the leadoff hitter, Revere did an excellent job of working the pitcher, which was put on display after he worked an 11 pitch walk in the 5th inning. He also did what he does best: stealing a base. He finished the night 1-4 with one run in his first career Opening Day start.

Meanwhile, Ryan Howard and Erik Kratz were the two other batters who drove in runs. Despite his seventh inning sacrifice hit to knock in Utley, Howard had a downer of a night as he finished 0-5. The hero in Spring Training, Domonic Brown, was quiet tonight, going 1-3. He did record the team’s first hit of the season, though, and appeared much calmer and didn’t try to do much. As long as he can maintain this approach, he should be in for a much-improved year at the plate.

Aside from the Roy Halladay discussion in the offseason, the other area that often drew concern was their defense. There were multiple plays in the game that displayed their lack of talent defensively, including a few (albeit difficult plays) that Brown fell short on or misjudged. Also, Michael Young wasn’t able to secure a shot down the third base side that wound up resulting in a double (he wasn’t charged with an error, however).

In the bullpen, Jeremy Horst and Phillippe Aumont did a good job of holding the Braves scoreless over the final three innings to give their team a chance in the ninth inning. The same cannot be said for Chad Durbin. In his first appearance with Philadelphia since leaving the team in 2010, the right-hander surrendered two earned runs on two hits. He allowed three consecutive runners to reach base after allowing a leadoff walk. Obviously, Durbin needs to figure things out and not let this become a norm for him or else someone like Michael Stutes will find himself in the pen.

On the bright side, it’s just the first game of the season and it’s great to see Utley playing at an All-Star level. The Phillies get a rare off day tomorrow before taking on Atlanta at Turner Field on Wednesday. Roy Halladay will take the mound against Paul Maholm.