Notes From The Phillies’ 4-3 Loss To San Diego 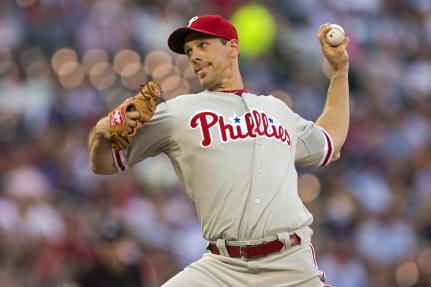 The Philadelphia Phillies lost the first game of their series with San Diego, falling to the Padres 4-3. Their record drops to 36-41.

The Philadelphia Phillies got an excellent start from their ace, who carried them through eight scoreless innings. They had a three-run lead going into the ninth inning. They couldn’t finish the job. They flushed another winnable game down the drain.

Cliff Lee can go out there and cover up this team’s flaws for eight innings, but the minute he runs out of gas and gets removed from the game, the warts of this team come out.

They’ve got a lineup that hasn’t had any kind of explosiveness since Domonic Brown came back down Earth, and they can’t tack on enough runs to put a game out of reach.

Put it all together, and you have a team that’s five games below .500.