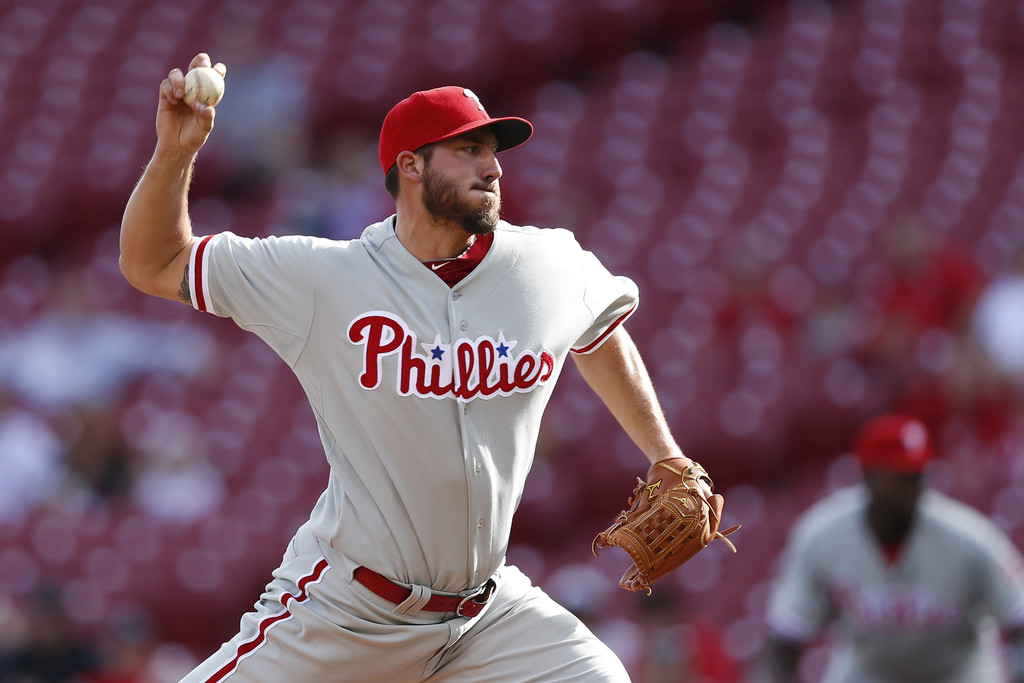 The Philadelphia Phillies lost the second game of their series with the Pirates, falling 6-5. Their record drops to 40-45.

Phillippe Aumont has been one of the most disappointing aspects of the team this year.

After performing well at the end of the 2012 season, Aumont was expected to come in this year and be a stabilizing force in the bullpen that could routinely handle the seventh inning, and occasionally spell Mike Adams as the eighth inning set up man.

But instead, Aumont has been nothing short of a disaster. He’s got no confidence, and he’s allowing himself to get lit up by opposing lineups every time he takes the hill. He cost the team the game tonight by allowing the Pirates to tack on two additional runs in the sixth inning.

It’s a shame that this kid has no guts, because he’s got all of the physical tools he needs to be a top reliever. He throws hard, has a good breaking pitch, and he’s got a huge frame. Now if he only was able to clear his head and bring some anger and intensity to his game instead of holding himself back by being timid and not trusting his stuff, he’d be the pitcher the Phils need him to be.

Notes From The Phillies’ 6-4 Win Over Pittsburgh