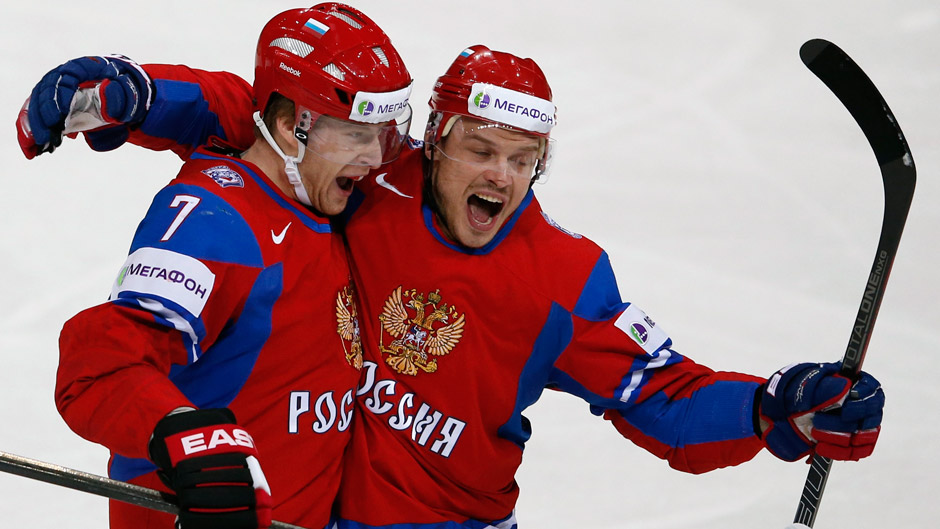 In hockey circles, the summer of 2010 has been referred to jokingly as the “Summer of Kovalchuk,” after then 27-year-old Ilya Kovalchuk dragged out negotiations for weeks before signing a gargantuan 17-year contract with the New Jersey Devils. The NHL rejected the original contract, approved a revised 15-year contract, and fined the Devils for dishonoring the intent of the previous collective bargaining agreement.

Kovalchuk has once again been the biggest story of the summer, but for a more unfortunate reason.

“After many conversations with Ilya over the past year on his desire to retire from the National Hockey League, Ilya’s decision became official today. On behalf of the entire organization, I wish Ilya and his family all the best in their future endeavors.”

He’s not retiring from hockey, of course, but the NHL. Kovalchuk played with St. Petersburg SKA during the 2012-13 lockout and reportedly didn’t want to leave when the NHL returned.

There are a number of reasons that he would want to return to St. Petersburg in lieu of staying in Newark. Family, language comfort, culture, national pride, etc.

Oh, and the fact that he can make more than double what he’s making in the United States.

He was set to make $56 million over the next five years under his current contract, but between taxes (40%±) and escrow (20%), he would likely see only $27 million in actual, spendable dollars. It is believed that he can make between $15-million and $20-million per season in the KHL, which does not collect escrow.

At a “conservative” $15-million per season, with 10% tax collection in Russia, Kovalchuk will likely make north of $67 million in the same time frame.

The news has once again prompted many to wonder what this is going to mean for the future of Russian talent in the NHL, as organizations have become increasingly wary over the last decade of drafting and players from the Motherland.

“Kovalchuk’s defection likely will affect young Russian players for years to come. Over the last few years, there seems to be a growing reluctance to draft Russians, for fear that they will return home to play or will use the KHL for negotiation leverage.

Last month, Russian forward Valeri Nichushkin was drafted 10th overall by the Dallas Stars when many scouts believed he had the talent to land in the top five. Some scouts think he could have an impact similar to Evgeni Malkin, but nine teams passed on him.

With Kovalchuk’s departure leaving the Devils in a mess, NHL general managers certainly will pause before they add a Russian.”

In 2003, there were 24 Russians drafted to the NHL in the first seven rounds (there were nine rounds), including former Flyer Nikolai Zherdev at 4th overall, right before Thomas Vanek, Milan Michalek and Ryan Suter.

In the 2013 NHL Entry Draft, just 8 players were drafted from Russia.

The talent level hasn’t diminished in Russia to account for such a low percentage of draft selections. It’s the fear that these players will never make the trip to North America.

It’s this fear of the “Russian Factor” that has left many a talented skater unaccounted for in Russia.

At the 2012 NHL Entry Draft, the Flyers drafted a Russian defenseman in the 7th round. Valeri Vasiliev, a 6′-2″ defensive defenseman, was ranked the 16th best European skater by Central Scouting Services in its final rankings. That he was available for the Flyers in the 7th round was a huge steal for the organization, assuming he does make the journey across the Atlantic someday. He did not attend the recent prospect development camp.

The risk is legitimate, but the reward is tremendous if he can commit, and that’s what makes this entire situation exploitable.

On May 30, the Edmonton Oilers announced that they signed undrafted defenseman Anton Belov to a one-year entry level contract. Belov, 26, ranked 97th among European skaters for the 2005 NHL Entry Draft. He has gone on to be one of the best defensemen in the KHL over the last five seasons.

Per a Yahoo Sports translation of an R-Sports interview, Belov told reporters, “A lot of factors influenced that decision. First of all, it is a dream. The rest are just secondary reasons. Last year I stayed with Avangard, and I don’t regret it… I gained a lot of experience. And I realize that if it’s time to go to the NHL, then the time is now or never.”

As another example, the Flyers signed undrafted goaltender Sergei Bobrovsky to an entry level deal in 2010. A talented goalie on a terrible KHL team, the Flyers plucked a future Vezina winner without giving up any assets.

If even half of the teams in the NHL are ignoring an untapped pool of athletic potential, why not scout said pool vigorously and thoroughly?

It would be to their advantage to spend more time in the coming seasons scouting abroad for those players, passed up by fearful NHL organizations, who would actually relish the opportunity to play in the NHL.

The Flyers currently have two scouts that cover the KHL and Russian junior leagues- Ken Hoodikoff and Vaclav Slansky. Considering the KHL spans eleven time zones and is continuing to grow (they just incorporated the Finnish team Jokerit into the KHL for next season), I’m sure these two gentlemen could use additional help.

There has to be a former Flyer or two looking for a job anyway. What would it cost to add a scout or two?