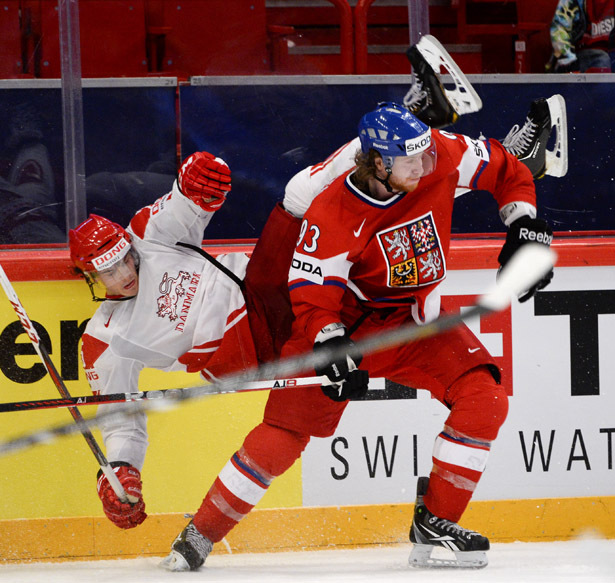 The NHL formally came to terms with the IIHF last Friday over NHL player participation in the 2014 Winter Olympics in Sochi, Russia. While there are questions over the league’s commitment to the next Winter Olympics in South Korea, it would have been foolhardy for the league to think that players would pass up the opportunity to play in Russia.

The NHL schedule, which was also released simultaneously with the news of the Olympic participation, shows that the Flyers will have a 19-day break between games starting February 8.

Although several countries have already released preliminary training camp rosters for the men’s hockey competition, the Canadian and American teams were not announced until today. The following is a list (with commentary) of the handful of current Philadelphia Flyers invited to camps for their respective countries.

This list doesn’t include Marcel Noebels or Oliver Lauridsen, who could represent Germany and Denmark, respectively. Lauridsen has a strong shot of making the cut after playing over twenty minutes a game at the World Championships (if you toss out the one game he was injured in early). Both players are expected to spend substantial time with the Adirondack Phantoms anyway.

UPDATE: Philadelphia Flyers head coach Peter Laviolette has been named an assistant coach for the United States’ Men’s Olympic ice hockey team. He will join assistant coaches Tony Granato (of the Pittsburgh Penguins) and Todd Richards (of the Minnesota Wild) while Dan Byslma will be the head coach. Talk about “awkward”…

The Flyers organization could realistically see representation anywhere between two and seven players at the 2014 Olympics. They would likely prefer that number be zero out of risk that one of their star players is injured, but there’s not much they can do about it.

Besides, would you really expect the team that just handed $66 million to Claude Giroux be able to tell him “no”?

Young Defensive Backs Will Have Opportunity To Impress

Howie Roseman: Vick Is All For The Quarterback Competition