Notes From The Phillies’ 12-4 Loss To Detroit 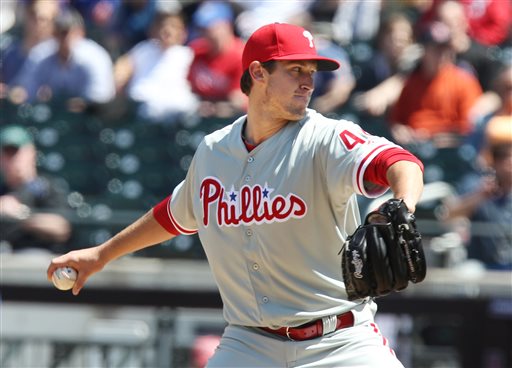 The Philadelphia Phillies lost their eighth straight game on Sunday, falling to the Detroit Tigers 12-4. Their record drops to 49-56.

The Phillies have proven that they’ve got no business being in the playoff picture this season. They offered a couple of nice teases here and there over the past three months, but ultimately this is a team that just has too many flaws and not enough bright spots to overcome them.

The core of Jimmy Rollins, Chase Utley, and Ryan Howard have seen their best days come and go. These three are now just shells of their former selves, and its time to pull the plug and move on.

Ruben Amaro’s job before Wednesday’s trade deadline is to sell off as many of the aging veterans on this roster as he can to help this team build for a better tomorrow.