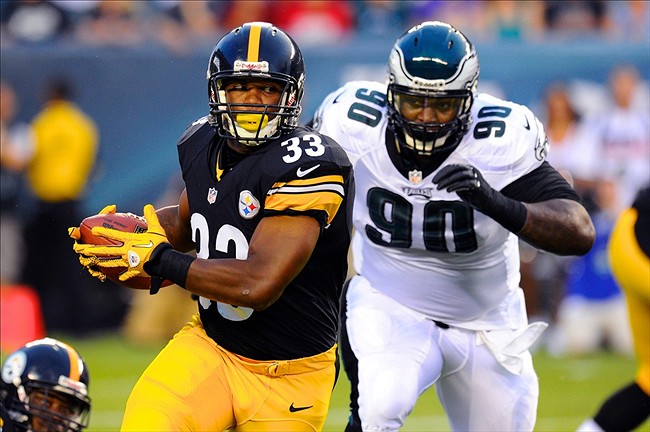 The Eagles cut 12 players on Friday and put Joe Kruger on injured reserve.  That puts them at 62, on their way to getting down to 53 players at 6pm this evening.  The decisive cuts which will be made some time today before 6pm will be very interesting.  Will there be any shockers?

There weren’t any major surprises on the list but a couple of the guys, who were cut had started for the Birds in the past.

Antonio Dixon – He had been a good run stopper in the 4-3 defense, but he missed some valuable practice time and preseason game time due to an injury.  The younger defensive linemen such as Bennie Logan and Damion Square made him expendable.  They’re more versatile, as well as having a bigger upside.

Dallas Reynolds – I think the lack of versatility hurt Reynolds.  Julian Vandervelde, who is able to play both the center and guard position and he’s still here.

Trevard Lindley – He’s a cornerback, who was drafted by the Birds a few years back in the fourth round and suffered an injury against the Jets.

David King – He wasn’t impressive during training camp and the preseason.  The Eagles grabbed him in the seventh round.

G.J. Kinne – The young quarterback is a good athlete for a quarterback, but he never had a chance of staying here.

Ifeanyi Momah – He’s got the size, but doesn’t have a basketball background, so he doesn’t know how to use his size like a rebounder.  He’ll be on somebody’s practice squad and they need to get him on a basketball court.

Rookie defensive lineman Joe Kruger was placed on injured reserve because of a shoulder injury.  He needs to live in the weightroom in order to get bigger and stronger.  He was a seventh round pick.