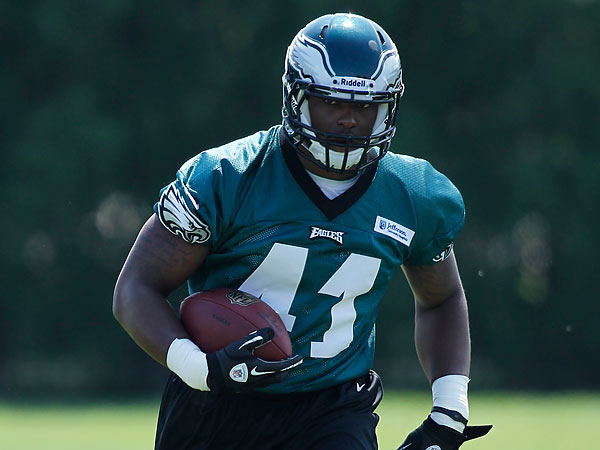 Eagles General Manager Howie Roseman stressed the fact that the Birds didn’t want to have backups who closely mirrored the abilities of the starters at their position.  For instance, they went with TE/FB Emil Igwenagu over TE Clay Harbor because he’s been a fullback, who is a very good straight-ahead blocker, while Harbor is a tight end, who mirrors TE’s Zach Ertz and James Casey.

Roseman explained the decision to keep WR Jeff Maehl over WR’s Greg Salas and Russell Shepard by pointing to special teams contributions and Maehl’s history and toughness as a defensive back.  Of course he played for Chip Kelly at Oregon.  Coaches rarely forget a player they won with.

The GM explained the decision to keep LB Casey Matthews over LB Chris McCoy by telling us about Matthews versatility and ability to move outside and play outside linebacker, if needed.  Again Matthews played for Kelly at Oregon.

The Eagles roster now stands at 53 players and this is how it is broken down: