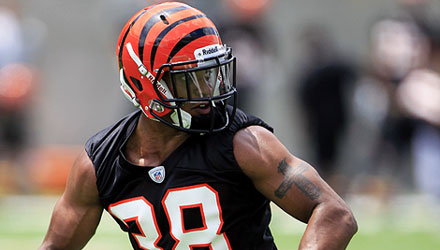 The Eagles made a minor tweak to their roster on Sunday, claiming cornerback Shaun Prater off of waivers from Cincinnati and releasing Curtis Marsh. Prater was a fifth-round pick of the Bengals in 2012, but has yet to appear in an NFL game after spending all of last season on injured reserve.

Marsh, a 2011 third-round pick, made absolutely no positive contributions of any kind during his time in Philadelphia. His release now means that the Eagles’ top three picks from the 2011 draft (Danny Watkins, Jaiquawn Jarrett, and Marsh) are now no longer with the team. The 2011 draft may easily go down as one of the worst in Eagles’ history. Its because of three wasted high draft picks like these that the Eagles are in the position they’re in right now.