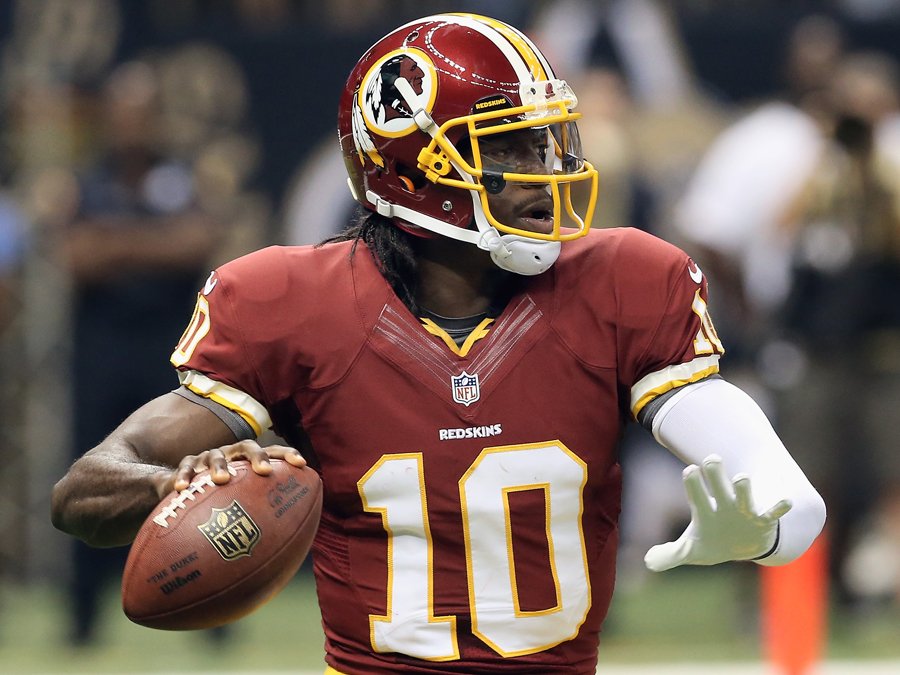 What makes the Eagles’ loss to San Diego even worse is the fact that they lost an opportunity to go into sole possession of first place in the NFC East. Every team in the division lost their Week 2 matchups, with the Redskins falling to the Packers, the Giants losing to the Broncos, and Cowboys going down to the Chiefs.

The Washington Redskins may be in the most trouble of the four teams. For the second straight week, Robert Griffin didn’t look right and the Washington defense was obliterated by one of the top offenses in football. Mike Shannahan’s group started off the game in 31-0 hole, allowing Aaron Rodgers to torch their defense for 480 yards and four touchdowns while Griffin and the offense couldn’t generate any points until the third quarter. There hasn’t been much to be encouraged about for this team.

The New York Giants just won’t stop turning the football over. After committing six against Dallas in Week 1, the New York offense gave the ball away four times (all Eli Manning interceptions). Tom Coughlin is also desperately searching for an answer to his running game. The team wanted David Wilson to be the guy, but he just can’t hang on to the football. They’re in such a desperate situation that they brought Brandon Jacobs back to add to their backfield mix.

The Cowboys turned the ball over twice, and weren’t efficient at all in their loss to Kansas City.The Chiefs only managed 17 points, but Dallas had to settle for field goals after several drives stalled. The run-pass ratio of Dallas was horribly skewed towards the pass, with Tony Romo dropping back 42 times with only 16 rushing plays in a close game.

There are still some pretty solid units around. The Chicago Bears force a lot of turnovers. The Houston Texans are still pretty good. But there’s only one unit in the entire league that I would truly consider a “great” defense, and that’s the Seattle Seahawks.

The Seattle defense is stocked with big, physical players that make plays and shut even the strongest offenses down. On Sunday night, this group took on the San Francisco 49ers, and made electric young quarterback Colin Kaepernick look like Blaine Gabbert. Kaepernick, who threw for over 400 yards and three touchdowns against Green Bay in Week 1, was held to just 127 yards with no touchdowns, three interceptions, and one lost fumble.

While shutdown defenses are by and large becoming extinct in this league, its refreshing to see at least one unit that has a defense that’s good enough to dominate and win games for them.

Still though, it’s a long season. Any team can turn it around. I just dont see it happening with the Giants though. They literally have no running game. They even had to bring back brandon jacobs.. LOL.. Who knows if RG3 will be back to normal? They have the worst defense in the division by far. I would rather have our Defense than Washington anyday. ANd tony romo is always going to be tony romo.

Paulman Called the Upset of the Week with both the Miami Dolphins winning over the Indianapolis Colts and the KC Chiefs over the Cowboys..
but more importantly, I am 2-0 in Both Fantasy Football Leagues thru GCobb..
as both Wins were close contests..