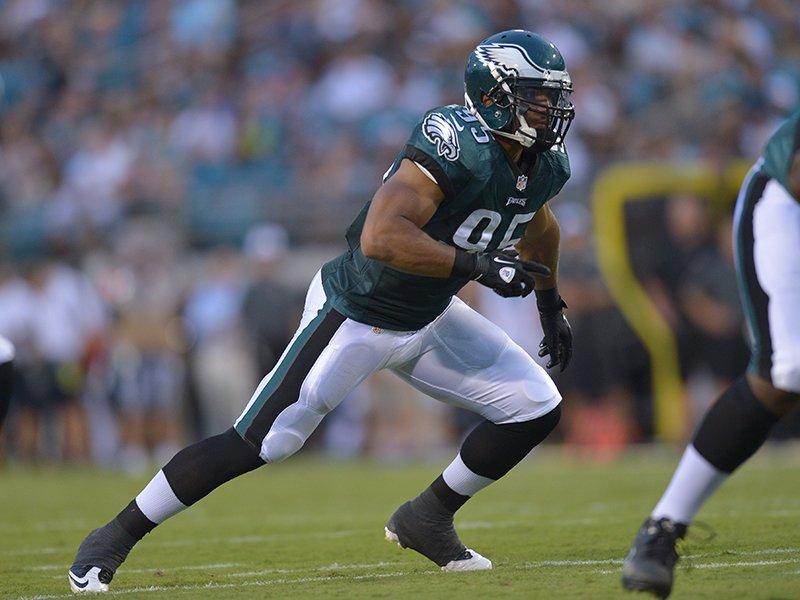 How The Eagles Can Beat The Broncos

The defense has got to find a way to force some turnovers. They helped themselves out greatly against the Redskins by coming up with some early turnovers, and they kept the game against San Diego from getting out of hand by forcing a couple of turnovers before the half. But they weren’t able to force the Chiefs into any mistakes, and it hurt them last week.

They aren’t good enough to stop Manning or even slow him down, but if they can catch a break here and there, take a possession away from Manning and give an extra one to their offense, it could really help their chances.

Offensively, Michael Vick needs to get back to protecting the football and making quick, effective decisions like he had been doing through the first two weeks of the season. Vick’s offensive line needs to protect him much better than they did a week ago, but Vick himself needs to restrain himself from hitting the panic button and forcing the issue if his protection fails him.

A reason that Vick commits as many turnovers as he does is that he tries too hard to make a play sometimes. He’s got to understand that its not the worst thing in the world to just take a sack every now and then instead of putting an awkward throw up for grabs.

For the Eagles to have a chance to win, they just can’t have turnovers like they did against Kansas City. The absolute worst thing that they could do on Sunday would be to give Peyton Manning extra possessions.

Why The Broncos Will Win

The mismatch of Peyton Manning and the Denver receivers against the Eagles’ secondary is legitimately just as one-sided as it sounds.

Manning is a master of dissecting defenses and pinpointing the weak points of every coverage. He’s got three elite playmakers at the wide receiver position in Demariyus Thomas, Eric Decker, and Wes Welker. He’s shredded the secondaries of the Ravens, Giants, and Raiders, and 60 minutes against a secondary that contains the likes of Bradley Fletcher, Nate Allen, and Patrick Chung could be his juiciest matchup yet.

If the Eagles couldn’t handle the likes of Eddie Royal and Donnie Avery, how in the world are they going to slow down a receiving corp that contains Thomas, Decker, and Welker?

As I mentioned earlier in the week, Denver also has some distinct advantages on defense and special teams.

The Denver defense has a nice pass rush, and they’ve gotten six interceptions from five different players through the first three weeks. The Eagles offense has been prone to turnovers in the past, and they’re coming off of a game where they turned the ball over five times against the Chiefs.

The Eagles will also need to watch out for dangerous return man Trindon Holliday, who is one of the league’s most potent game-changers on special teams.

If you want to look at things for this week optimistically, think about this.

The last time the Eagles were in a situation this grim, you’d have to go back to the 2007 season when they were matched up against the soon-to-be 16-0 New England Patriots who had an offense even more dynamic than what the current Broncos possess. The Eagles were a mediocre team that season too, and they had A.J. Feeley starting that week with Donovan McNabb out with an injury.

No one expected the Eagles to even be competitive in the game, the Patriots were favored by more than 32 points which I believe was an all-time record for an NFL line at the time. And yet, Feeley and the Eagles put on a show, gave the Patriots all that they could handle, and came very close to stealing that game and spoiling the perfect season.

With no expectations for the week ahead, the pressure is completely off the Eagles. No one thinks they have a chance, and anytime a team spends the entire week hearing about how badly they’re going to lose I think that makes it easier for that team to come out and play their best.

However, the matchups here are just too strong in Denver’s favor to believe the Eagles have any shot to to come away with a win. I see no reason to believe that the Eagles will even be able to slow Manning down, and the fact that they’ve got to travel out west and attempt to run their fast-paced offense in an environment with very thin air just makes things all the more difficult.

If the “OL” plays poorly, Vick does not take a sack here and there Denny. He is hit all too frequently, and with his smallish stature for an NFL quarterback, he may have to run just to keep from getting hurt.

The OL is better in run blocking, so they should run the GD ball until the defense overcommits to stop it. And let’s get these TEs in the game plan.

Broncos have the #1 Rated Defense in stopping the Run after 3 Weeks of PLay.. They are giving up an average of 43.3 Yards a Game on the ground,
Again, stats can be misleading,.. The Broncos have jumped out to big leads in their first 3 games which means their Opponents (Ravens,Giants,Raiders all abandoned the Run to attempt to keep pace with Peyton Manning and th Broncos Scoring)
The Best game plan is to shorten the game, beat up the Bronco’s front 7 by pounding the rock with double TE Sets and a 2 Back Backfield and soften them up, then take some shots off a Play-Action once the Run is established.. Shorten the Game Chip Kelly, not make it longer.. You do not have a Defense to stay on the field 40 minutes a game and beat anyone.. You need to game plan to have the Eagles Offense control the ball for 35 Minutes a game or you lose, it’s that simple really…

Wow, that is one of the most misleading stats ever. When you are down by 21 or more at half, you generally stop trying to run the ball.

the bird’s need the bouncing ball to go their way in the turnover game
.
Denver’s offense has a huge home field advantage over the Eagles’ defense with that mile high altitude.

Eagles can win if they can keep it close early and use their run game to keep the D on their toes.

Eagles D can win their battle if they can press at the line and get some licks in on Manning. This clearly means that the FS and SS will have to play smart…. im not putting money on that since clearly this is by far the weakest spot on our team.

Look for Williams to get a little dirty in this game.. they will need that kind of toughness to compete.

Coach Kelly could no possibly have played his entire card this early in the season could he? I think there is more. LOTS MORE! No use of the tight ends, pulling up on the running game, I think he is holding back for a late season push. I hope he is any way……..

Good Denny! I agree with your thoughts.

I remember that NE game that you mentioned. If not for that Asonte Samual INT we might win that game. I think the Giants played the Pats the next week and gave them a tough game also.

I was at that game and got to sit in a Gilette luxury box with my company at the time right next to Bob Kraft’s box and he had Curt Schilling as a guest in his suite.

The strange looks I got from everyone there cheering for the Eagles! lol

I remember how bad the Pats fans were sweating that game. What a great game to watch!

unfortunately I don’t think we have the dogs yet to give Manning and his boys a game like that this week, but I sure do hope they come up with a game like that and give themselves a chance to win!
any way

I really think we have a shot

One of the most embarrassing Eagle performances I’ve ever seen. Just straight up ugly all around. Esp when we had what 10 days to prepare for a team coming off short rest. This team looks just like that Reid team that quit last year

dont blame Reid for a lack of talent… Roseman has just as much of the blame…. like he didnt have any say…duh! Look at this years draft class…pathetic! Chip is not going to win with Howie picking the players…. look at the free agents signed… the corners are garbage…. what a joke!

The Eagłes are what they are, a 5 win Team
Next week vs the Giants will be for the basement omf the NFC
Afterwards , the young guys will be playing as I have stated