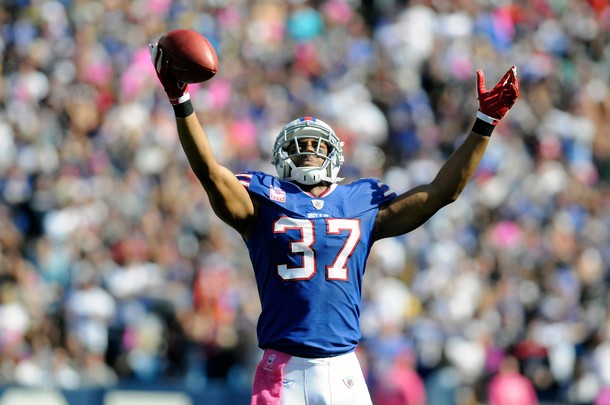 The Browns were a team that everyone had left for dead following the Trent Richardson trade, but strong defensive play combined with efficient performances from new quarterback Brian Hoyer have allowed Cleveland to win two in a row and look like a pretty tough out.

Buffalo has been improving under new coach Doug Marrone as well. They nearly pulled off an upset against the Patriots in Week 1, and have won two of the last three, including a victory against the Super Bowl Champion Ravens last season.

The tight defense of the Cleveland Browns gives them the edge here. They just got done holding a potent Cincinnati passing attack in check, and they should be able to limit what rookie E.J. Manuel can do.

Should be a Fun Game to watch with Teams/Franchises building for teh Future with a lot of young and promising Players , unlike the Eagles who decided to e keep many of the same ‘losing core” of Players for some unknown reason..
Building Years for both the Browns/Bills who are on the way up..
A Lost Year for the Eagles, for when 2014 Season comes along, there will be relying on 6-8 Players playing, that the Team still does not know about since they kept too many of this “losing core” for 2013 who are playing instead
(Vick,Herremans,Celek,Cooper,Cole,Graham,Ryans,Allen, etc,etc)

Say what you will about Joe “Bean Counter” Banner, but the Eagles have been on the down-slide since 2009 when he was relegated to “Advisor to Lurie” as Roseman/Reid assumed more Power over the Free-Agents,Contracts,Drafting, and overall Roster Management ..
Until Owner Lurie Hires a 100% True Football Mind to be GM, this same shitty cycle of poor Drafts Picks, Bad Free-Agent SIgnings, Overpaying Players and letting go good Young Prospects will keep occurring at the high Rate we have seen the last few Seasons ..

100% correct paulman, the eagles are in trouble as long as roseman is involved in talent evaluation, selection

Welcome to Philly where even the Browns get praise for doing things the right way out of spite for our own team smh. Two weeks ago the Browns were the laughing stock of the NFL. Two meaningless surprise wins later they are a model for how to rebuild all bc we don’t like our record at this point of the season. Gotta love the Philly faithful. Eagles are on the downside since Banner left and I guess the Browns have been doing great since he arrived. They already have ditched their new franchise QB for another Ohio hero. The Bills are on their like 5th coach in 7 years lets praise their rebuilding movement bc we haven’t got it 100% right here in our first year of the process so far through 4 games. Lets forget that the Brown and Bills have been rebuilding for a decade or two. smh