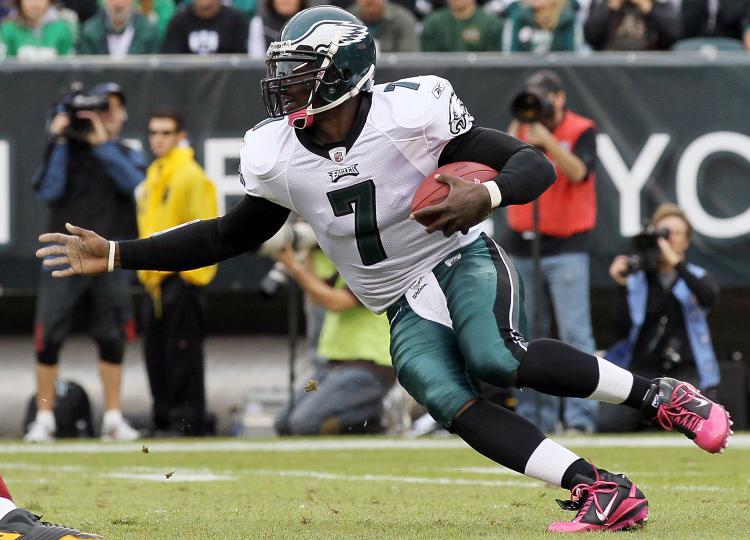 Chip Kelly did another poor job with his gameday management.

The head coach called a poor game once Matt Barkley entered the game.

When the Eagles got the ball down to the two-yard line, Kelly decided to put the ball in the hands of his rookie quarterback and send him on a designed rollout. The result was a Barkley fumble, a turnover, and a lost opportunity for seven points. That’s a terrible, Reid-esque decision to call a play like that and ignore one of the best running backs in football. First and goal on the two with your third string quarterback? That’s the time to run the ball with LeSean McCoy. Plain and simple, Chip.

Kelly asked Barkley to run his read-option plays throughout the second half, but the rookie clearly wasn’t up to the challenge. It was clear that Barkley wasn’t confident running the read-option. He never pulled the ball down and ran it himself, and the Giants were able to to stuff the run easily.

On the first Eagles’ drive of the third quarter, the Eagles got down to field goal range, and Kelly decided to go for it on 4th and 9 instead of taking the points. Once again, you can’t ask a rookie quarterback to come in and make a throw in a situation like that. Take the points, Chip.

Kelly’s offense failed to establish a run for the second straight week, and his offense was shut out against a defense that averages over 35 points per game.

All in all, a horrendous job by a coach who looked just as overwhelmed by the NFL as his rookie quarterback today.

The Eagles quarterback situation just seems to get worse every week.

Michael Vick got the start, but left the game before the end of the first half. Vick was absolutely brutal in his limited action, completing 6 of 9 passes for just 39 yards and an interception.

Vick began his day with an interception on a poorly thrown ball to Brent Celek. The veteran threw the pass behind Celek, and the turnover led to three points. Vick careless with the football on the next drive, on a sack he nearly fumbled the ball away but was able to recover. On the third possession, Vick killed the drive with an intentional grounding penalty.

Vick managed only two first downs against a New York defense that averaged over 35 points allowed on the season. He left the game after reinjuring his hamstring, and was replaced by rookie Matt Barkley.

Once Barkley entered the game, the offense finally began to move the football. The rookie drove the team 78 yards down to the New York 2, but committed a backbreaking turnover with a lost fumble.

While Barkley had some good moments, he’s a rookie quarterback and he’s clearly overwhelmed by the speed of the game right now. He’s turnover-prone right now. He also struggled to run the read-option, handing the ball to his running backs on every play and never once pulling the ball down and running it himself.

Defense Does Their Part

The Eagles defense turned in their second straight decent performance.

The defense gave up yards and allowed the Giants to move the football throughout the game, but they were able to clamp down and keep New York out of the endzone in the first half, forcing Tom Coughlin’s group to settle for four field goals in the first half.

In the second half, the defense allowed only three more points. They weren’t able to force any turnovers, but they kept the Giants out of the endzone.

However, on a critical third and 7, the defense allowed Eli Manning to find Brandon Myers for a critical completion to extend the drive and put the game out of reach.

Although they weren’t perfect, they did well to keep the Eagles in the game. They only gave up 15 points, and that should have been more than enough to come away with a win against a team as bad as the New York Giants.

The wheels are falling off for Chip Kelly and the Philadelphia Eagles.

At 3-5, the Eagles have now lost two straight home games, both to division foes, and are falling further away from first place and inching ever closer to basement of a terrible NFC East.

The quarterback situation is a mess. None of the three options are playing well, and the team may be forced to go with Matt Barkley next week against Oakland, making a win out west even more difficult.

Today’s effort was an absolute disgrace. This was a game that the Eagles couldn’t afford to lose. The New York Giants are still a sloppy, mess of a football team, and they managed only 15 points today.

Chip Kelly’s offense has scored a grand total of three points in the last two weeks. This team has a lot of work to do.

Despite Record, Steve Mason Off to Solid Start for Flyers

The Eagles Aren’t Getting Much From Their Offensive Line