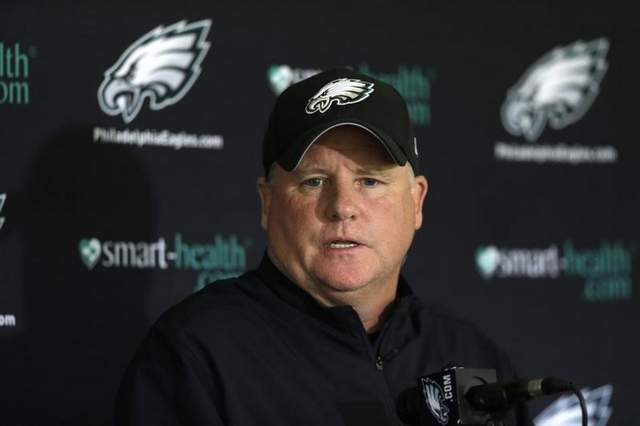 All bad things must come to an end as well. The Philadelphia Eagles ended the 10 game home losing streak; 413 days but felt even longer than that. A defensive effort that was good, it would have been great but it got a little too close for my liking in the fourth quarter.

For the majority of the day we frustrated RG3, hitting him every which way. The front seven continued to show the ability to not only sack the quarterback, but slowing down the big and powerful running style of Alfred Morris. Yes the defense is what comes to mind first with the second go around versus the Washington Redskins.

The offense did a fine job in their own right, adding to their league leading total of plays more than twenty yards. Once again Kelly showed different player alignments we have not seen this season. Chip is showing that he is obviously attacking other teams not with a set game-plan, but with a mindset to simply “win.” McCoy for the second time this season went down with a leg injury and I felt he was lost for the season. As he did in the game week 3 versus the Chiefs, a quick check-up in the locker room and then finds his way into the end-zone. McCoy was impressive both with the ground attack and catching the ball out of the backfield and out in the flat.

Once again Kelly showed different player alignments we have not seen this season. Chip is showing that he is obviously attacking other teams not with a set game-plan, but with a mindset to simply “win.”

If I could ask Chip has to focus on something in the bye week it would be to get someone with 20-20 vision to take over the role of whether to challenge a play. It’s getting out of hand these obvious missed calls.
So we head into the bye week at 6-5, first place, and the questions of what this team is, could be and will be remain circling in the minds of fans. This current Eagles team is starting to really gel, and you look at the division and remaining games on the schedule and you can sense the playoffs being a reality.

It’s really only the beginning to this season. I see Chip and company doing a lot of reflecting and planning for the remainder of the season during this bye week.

I see Chip finding some ways to better manage the Eagles once their high-temp offense gets a lead and they have to adjust their playing style for a significant amount of playing time. I see Foles building better chemistry with guys like Brad Smith. Zach Ertz and James Casey who I expect to contribute a great deal throughout the remaining of the season.

I’m all smiles heading into my Monday. To think about where we were at a year ago with this team and how awful that feeling was, this is a great time to be an Eagles fan.

I want to hear you Eagles fans. I want to rejoice this win with you. Let your thoughts and feelings be heard.