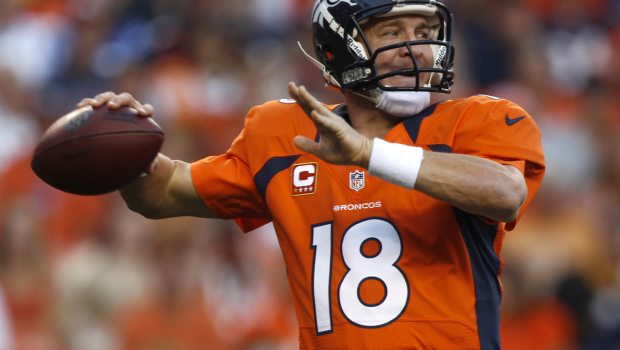 Andrew Luck and the Colts may be coming into their own after their incredible comeback against the Chiefs.

Foxboro is such a difficult place to play, and the wealth of playoff experience and success certainly works in New England’s favor. But the Patriots are far from unbeatable, and I like the roll that Indy is on right now.

Its really hard to predict the outcome of a Peyton Manning game in the playoffs.

The guy teases you with regular season efforts that are so incredible, that it just doesn’t seem possible that he could come up short in the post season. Yet, time and time again we’ve seen Manning-led teams bow out disgracefully in their first games.

However, I just can’t see it happening here.

I give Mike McCoy all the props in the world for what he’s accomplished with very little talent. But the Chargers are just so overmatched on paper, I have to believe that this is the end of the line for them.

Playoff experience is going to be a factor in this game.

The 49ers have the last couple years under their belts, and have already come through in a tough situation against the Packers last week.

Meanwhile, Cam Newton and the Panthers will be getting their first taste of playoff action.

Carolina did defeat San Francisco earlier in the year, but the Niners were still shorthanded offensively in that came and have come a long way since then. I think the 49ers keep it rolling, and set themselves up for a date with Seattle next week.

Playing in Seattle is a death sentence for most teams, and even Drew Brees is not an exception to this rule.

I think the Saints give a much better effort than they did in the regular season, but the Seattle defense and home field will be too much for New Orleans to overcome.

Patriots 38 – Colts 23
Colts I believe will have little in the Tank
After that great comeback last week
Unless RB Brown has a big game, they will
Struggle if Luck has to throw 40 Times which I believe he will end up doing
Pats will key and take stay Hilton out of the game leaving the Colts with not nay weapons on the outside to expose the Pats Decondary
TE Fleener will make some plays, maybe youngster D’Arick
Rodgers but not much else
I think the Pats ground game will wear down the Cokts front 7 and negate their pass-rush and then make big plays in the 2nd half
Versus the undersized Colts..

Chargers 36- Broncos 34 in a back and forth game
QB Rivers will find WR Kennan Allen, TE Ladarius Green
Early and often and RB Danny Woodhead cones up big
In the red-zone/3rd down as he has all season for them..
Chargers HC McCoy knows Manning inside and out and also knows their Def Schemes since he Coached in Denver
DC John Pagsno has had great success against Mannibg in his past and Phil Rivers is 2-0 vs Manning in Playoff a Games
Chargers are coming in loose, confident and will not be intimidated playing
At Mile High/Invesco Field

Seahawks 27 – Saints 23 in a closer game than many think

49ers 31 – Panthers 13 in a sleep walk
Panthers & Cam Newton are just not ready for the bright lights as the 49ers are playing very well and will avenge their early season loss to the Panthers with a healthy Crabtree, TE V Davis, Manningham
& Boldin..
Panthers Offense will struggle to move the ball
And score Points..

I’m with you on the Chargers pick, Paulman. Only because of the crazy trivia (which has probably been mentioned here before) regarding the Eagles home opener opponent winning the Super Bowl four years in a row.

It didn’t look good for the Chargers so I thought the streak was over but them sneaking in the last weekend made me think of the streak again.

Not sure they could win the Super Bowl but if they get past Manning, which is possible, and the Colts take the Pat’s I could see them getting there.

Thanks paulman, I really appreciate the bday wish!