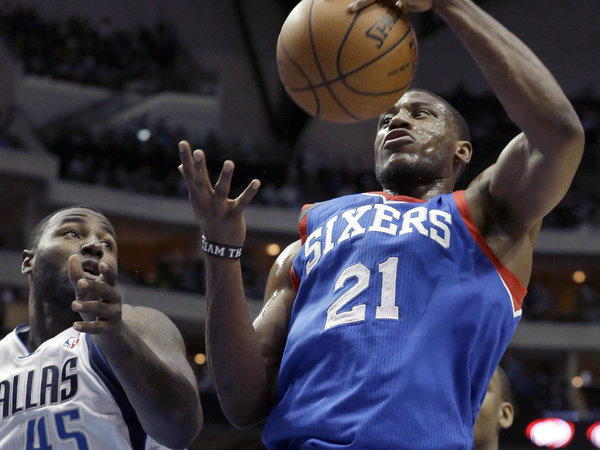 The Philadelphia 76ers lost their 10th straight game on Friday night, falling to the Dallas Mavericks. Their record drops to 15-41.

You’ve got to give Thaddeus Young credit.

Young has been sentenced to a lot of bad teams in his career, and if the truth be told, he more than likely wanted to be one of the guys that Sam Hinkie sent packing to playoff bound teams.

But instead, Young was the lone survivor of the deadline purge. But the veteran didn’t complain or hang his head. He put on his Sixer uniform, and continued to come out and play hard for his shorthanded squad.

Sam Hinkie spoke today about Young’s importance to the organization. The general manager said that the franchise is relying on Young more than ever before to take on a leadership role, and set an example for the younger players. And its a role that Young seems to be embracing.