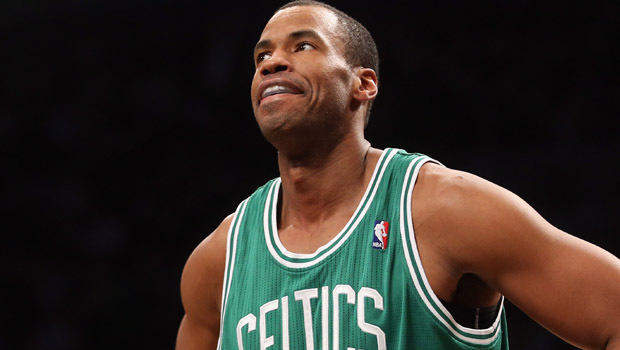 Jason Collins has signed a ten day contract with the Brooklyn Nets.  The twelve year veteran made headlines earlier this year revealing that he was gay.  Collins shocked the professional sports world as a “free agent.”  With all of the support given for his bravery to share such a personal revelation, some questioned why he elected to not do so when he was a member of a NBA team.

Recently Michael Sam overtook the spotlight from Collins, as he became the first “active” professional athlete who revealed he was gay.  Sam had yet to take a snap in the NFL, but it was only a matter of time before one of the thirty-two teams drafted him in May.  Sam will still be the first openly game NFL player, but now second to Collins as the first ever professional athlete.

Did Michael Sam give Jason Kidd and the Brooklyn Nets the comfort to take on the media circus that will follow this first ever event?

Could there be even more to this?  Sports are all about competition, records and being “first.”

Did the NBA want to trump the NFL and be the first of the four major sports to have an openly gay athlete?

Will it really matter what Collins does while on the court or even if his team wins?

The storylines will be about the time leading up to the game, the commentary made during the game and the headlines to follow.

The majority of the reaction will be positive as we have seen from the announcements made so far by Collins and Sam.

Now the stage is set.  Sports will become secondary momentarily, as they have in the past when the “first” took place.

it’s not an issue in women’s athletics

Sam will be drafted, he has the skills to contribute his rookie season. In regards to Collins, do you believe both him and the NBA wanted to beat Sam as being the “first” athlete/professional sport to have an active gay player?

Who gives a $#!T, with this crap already? Enough is enough. I hate having this $#!T shoved down my throat, on every site, blog, & sports outlet! He was a mid-round pick to begin with, & even before the combine. He ran 4.95 40, & only benched 225 lbs, 15 times. He is small, weak, slow, is a tweener, with no true position in the NFL. Quit this crap already. I can’t wait for no team to draft him, so the vultures overhype the story on ESPN, like they do with ever Soup Du Jour story. Then the inevitable law suit follows! GTFOH already! He isn’t worth the drama, that will follow him.

Whoa, hold on here a minute

First, Sam is not a pro yet, he’s a prospect, and from I have read, not a very good prospect

Kolsky you need to tighten up your journalism, he’s not a professional until he signs a contract and/or is paid to play

And I’m with dcar, enough of this gay agenda, we don’t give a shit about his coming out and what it means

Sam perforned today at the combine, 17 reps at 225, ran one of the slowest 40s for a DE, he is pure garbage!!! Only reason he came out is because he knows that he’s not that good to be drafted and wanted to create a distraction!! if he doesn’t get drafted he will def say it is because he’s gay!!! As for Collins? Here’s a 7 footer that averaged one point n one rebound a game last year, who would even think about picking a player with those stats if not for publicity? Nobody’s gonna tell me their wasn’t a big body in the D league they could of picked up who was a better option, totally ridiculous.

The true test of where things stand for gays in professional sports won’t be known until a super-star athlete comes out of the closet. These two guys would be cut from most teams regardless of their sexual orientation. Collins and Sam are both marginal players.

Andrew you have no idea if Sam is a garbage player or not… you want to know what is garbage? This NFL Combine. It gets the Mamula’s and Hill’s of the world drafted WAY to early. Michael Sam’s combine #’s and height and weight are very similar to a guy (his pro day #’s) on the Eagles who was drafted in the 5th round and became our best pass rusher for a few years… Trent Cole. Who cares about Sam’s sexuality besides the media? I just dont understand how you can right off a guy as garbage when he produced at a big time college in a big time conference just cause he had a poor combine. I’m assuming that you thought Trent Cole was pure garbage also.

Let see, before this year he never had more then 5 sacks in one season, he had a player on the other side that was double teamed all year and will be a first round pick, had 11 1/2 sacks this year, 10 were in the first eight games, only had 1 1/2 the last eight games which means he died out the second half of the year, is already being told he has to convert to LB cause he’s to small to play end, will end up being a backup LB and special team player, to me, that’s garbage! He said the other day he wants to be talked about only as a football player, if that’s the case he looked horrible today, was one of the worse DEs out there today.

Correction, he had 1 1/2 sacks his last SIX games.