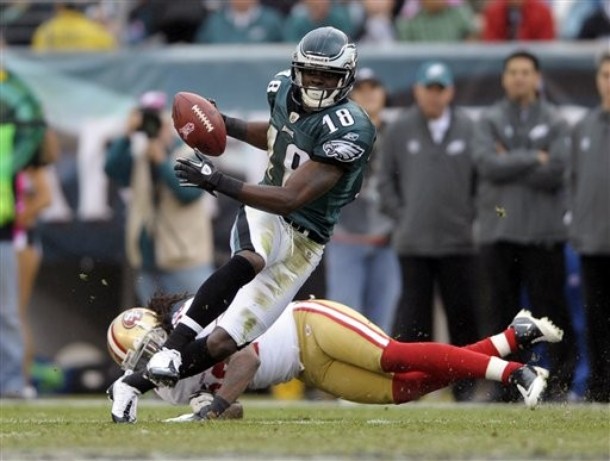 The Eagles and wide receiver Jeremy Maclin have agreed to a one-year deal, the team announced on Friday afternoon.

Maclin was thought to be a great fit for Chip Kelly’s offense because of his ability to rack up yards after the catch, and now he’ll get a chance to show what he can do.

The Eagles wanted to get Maclin to sign a multi-year deal, but the former top draft pick wanted a one-year deal in order to maximize his value.

Its been a busy week for Howie Roseman and the front office, the team has re-signed Jason Peters, Jason Kelce, Riley Cooper, and now Maclin all in the same week.

Notes From The Phillies’ 10-6 Win Over Detroit