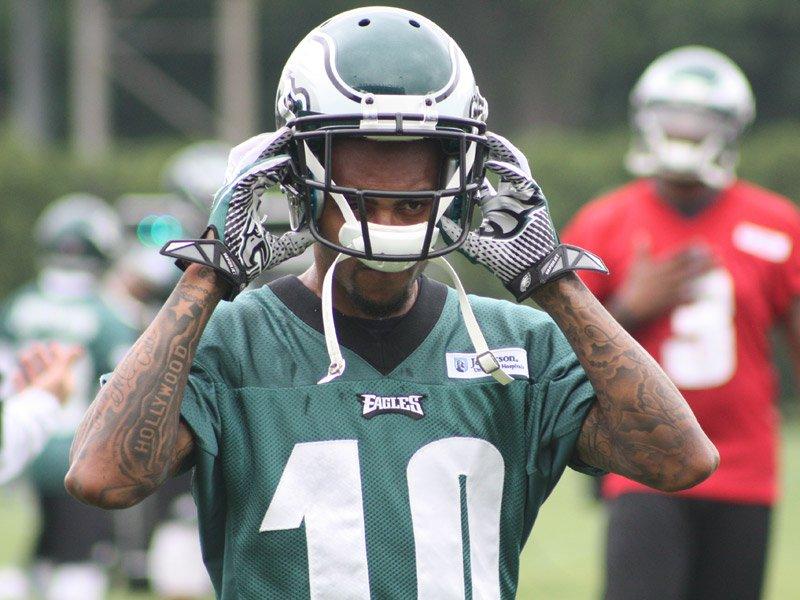 How much more do we know now and has anything really changed?

Desean Jackson and Stephen A. Smith exchanged questions and answers; cool, calm and collected.  Jackson was sincere with his portrayal about his tenure in Philadelphia.  Was he honest with all that he recanted?   Like every “source” coughing up “what really went down,” all is left for speculation.

Desean’s take on being released from the Eagles appeared as if he is still trying to figure out why it took place, while also entertaining his excitement for joining one of our NFC East rivals.  He made it appear as if he had no issues with his ex-teammates or head coach.  He did speak of the differences between Andy Reid and Chip Kelly.  He was also only late for “one” meeting throughout his entire NFL career.

If any “point” was clearly made, over and over and over again; Desean Jackson is not now or has ever been a gangster or affiliated himself with gangs.  He knows people in gangs both from his childhood and through the music scene.  The hand gestures made against Washington, merely “shout outs” to friends and family.

My favorite part of the interview, Desean asking Steven A. Smith if he knew the person expressing Maclin being a “team player” and him being a “me-me” guy.  That alone gave me the mental image of what “may” have gone down in the locker room.

The entire situation remains strange to me.  I’m no longer in a state of shock for how quickly it happened and how it went down.  Anger has faded; D-Jax will not contribute as an offensive play maker in 2014.

I expect no further insight provided by Chip, Howie or Mr. Lurie.  They are hiding and they don’t want to be found.

Questions about why Desean was released will be attempted again, but the answers are going to be simple.

“They will only discuss matters pertinent to the current team.”

It will be as if Desean Jackson was a fairy tale character; that is until we face him for the very first time.

Notes From The Phillies’ 2-0 Win Over Chicago