Notes From The Phillies’ 5-4 Win Over Miami 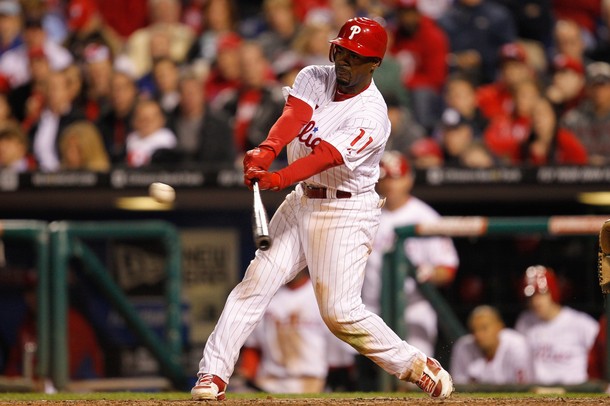 The Philadelphia Phillies won their second straight game on Saturday night, taking down the Miami Marlins 5-4. Their record improves to 5-6.

As maligned as the bullpen has been in the early stages of this season, you’ve got to give them credit for what they accomplished tonight.

To go five innings, and allow only two runs was absolutely critical to tonight’s win.

Jimmy Rollins and Chase Utley have really played well to start this season.

Rollins has been pretty effective out of the two-hole, and has gotten some pretty big hits. He had the grand-slam on Opening Day, and tonight he won the game with his homer in extra innings. Rollins hit only six homers all of last year, he’s already got two in the first couple weeks.

Utley has been batting nearly .500 with two homers and five doubles.

Its nice to see some of the older stars on this team put in some productive games.

Flyers Set for First Round Face-Off with Rangers