What Will Jordan Matthews And Josh Huff Contribute In 2014? 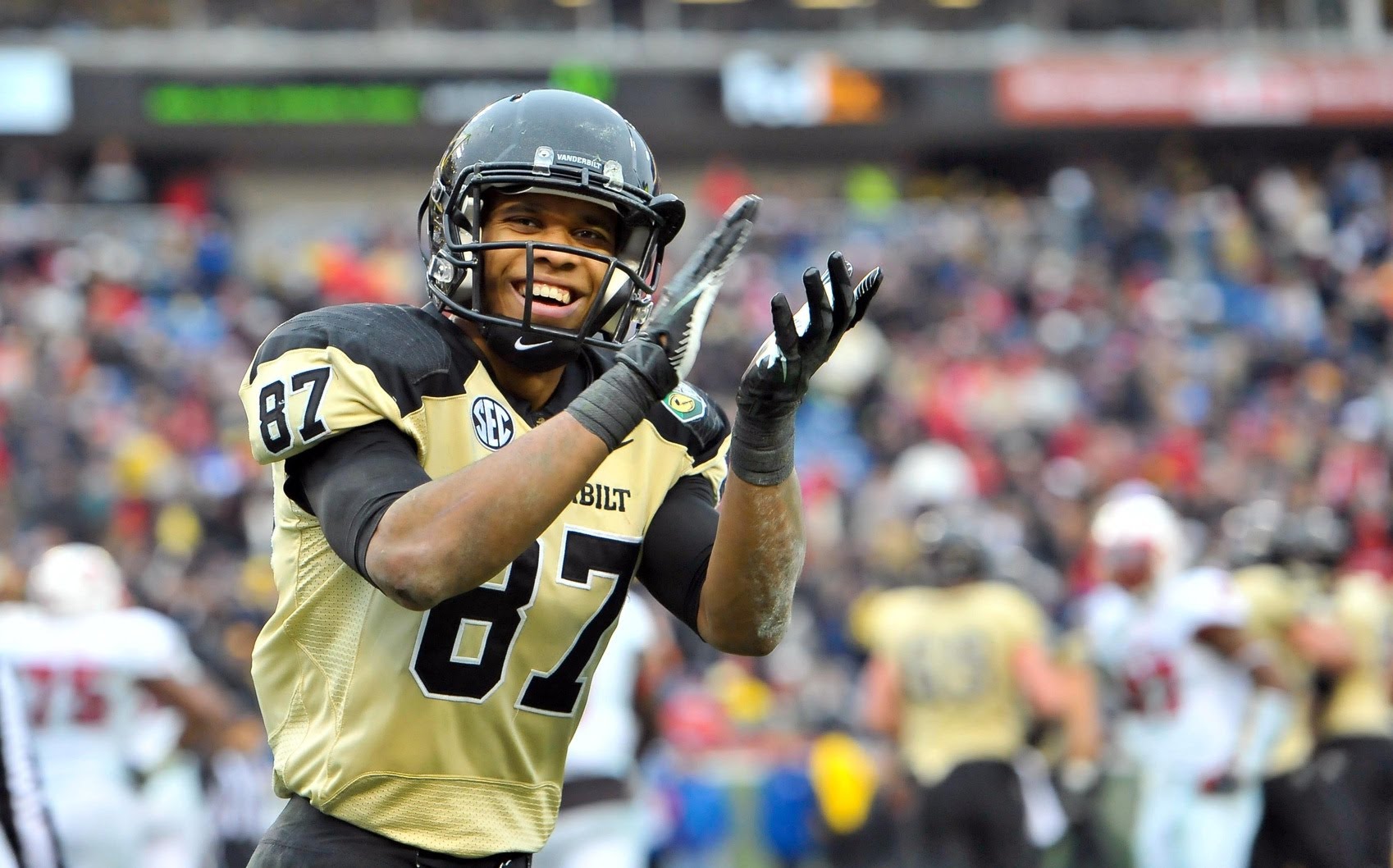 With little depth behind their two starting wide receivers, Riley Cooper and Jeremy Maclin, the Philadelphia Eagles will be seeking help from two rookies in the passing game.

Jordan Matthews, the Eagles second round pick in the 2014 NFL Draft, will be taking considerable reps at the slot receiver position, per Head Coach Chip Kelly. The slot receiver is practically a starter in today’s NFL, and Kelly had essentially committed to the second rounder immediately following his selection earlier this month.

The last time the Eagles selected a wide receiver in the second round he panned out pretty well, concluding his time in Philadelphia with a career year in 2013. The loss of DeSean Jackson, that second round pick back in 2008, is a major factor in the lack of depth the Eagles had at the wide receiver position before the draft.

Matthews, a 6-3, 212 pound target for Nick Foles, left Vanderbilt at the top of many of the SEC’s leaderboards. With 262 career receptions and 3,759 career receiving yards, Matthews is first in SEC history in each of those categories. Without near the resume that Matthews has, second round picks from a year ago contributed greatly to their teams.

Robert Woods was selected in the 2013 draft one pick ahead of where Matthews was selected in the 2014 draft. Woods, who played a different role than Matthews is expected to play in, recorded 40 receptions for 587 yards and three touchdowns. The 40 receptions and 587 yards were best among the second round wide receivers from 2013. With the 2014 draft being what some experts call the deepest in decades, particularly at the wide receiver position, which may mean that talent found at the 42nd pick in the draft may have been 22nd, or better, in other years’ drafts. As a receiver who played in the SEC and climbed to first on many of the conference’s all-time charts in his four years as a Commodore, Matthews fits that description perfectly.

In the third round of the draft, the Eagles selected another wide receiver. Former Oregon Duck Josh Huff, a player Chip Kelly was very familiar with, was taken 86th overall. As the current fourth wide receiver on the depth chart, Huff will have a harder task finding playing time with the Eagles than Matthews will. While Huff is a familiar weapon that Kelly will know how to utilize, he will still have to compete with the likes of Cooper, Maclin, Matthews, offensive weapon Darren Sproles, and tight end Zach Ertz as players who are also fighting for time at receiver.

Among the receivers who were selected ahead of the 86th pick, Huff’s draft position, in the 2013 draft, only two of the ten had fewer than three receiving touchdowns. The steal of that draft, San Diego’s Keenan Allen, was selected at 76th overall. Allen finished 2013 with 71 receptions for 1,046 yards and eight touchdowns. Coming into a familiar system, Huff can prove to be the steal of the 2014 draft if given the opportunities.

The 5-11, 205 pounder may have more duties than just on the opposite end of Nick Foles’ throws. With 242 rushing yards and two touchdowns running the ball at Oregon and nearly 1,000 kick return yards, Huff will be a versatile weapon for the Eagles, and we all know how much Chip loves versatility.

OTAs for the Philadelphia Eagles began today, the Eagles offseason workouts are progressing and the season is getting closer and closer each passing day.

Notes From The Phillies’ 9-0 Win Over Colorado

Notes From The Phillies’ 6-2 Loss To Colorado