Will DeMeco Ryans Suit Up As An Eagle Again? 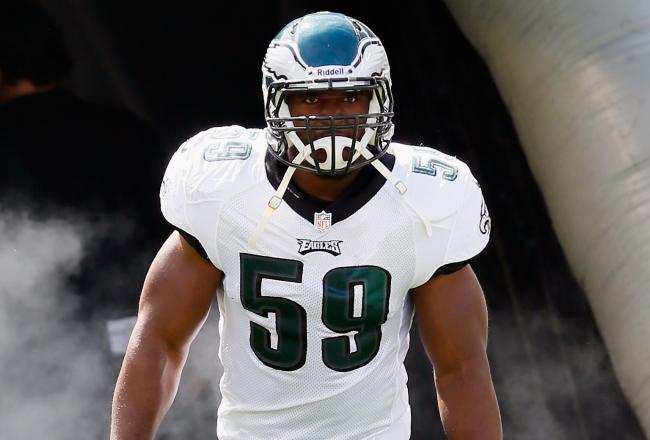 Two quarterbacks we lost during Sunday’s win over Houston; one on offense and the other on defense.  Which loss is going to be more detrimental to the team moving forward is likely to be the one sustained to linebacker DeMeco Ryans.

After the long awaited return of Mychal Kendricks, the Eagles are again down one of their best players on defense.   This time it’s their player-coach, ask anyone in the locker room, he can’t be replaced with what he meant to the defense.

The limited depth at linebacker opens the door for Casey Matthews to start, he has played well when given the opportunity this season, but expectations should remain modest for what Matthews can do on a weekly basis.

Ryans will now watch from the sidelines, and spend morning and afternoons rehabbing.  I expect him to still be a vocal leader and help break down what the opposing offense is doing both in practice and on game day.

He is due a hefty salary next season which begs the question for Eagles ownership.

Did we witness the last snap of DeMeco Ryans as an Eagle?