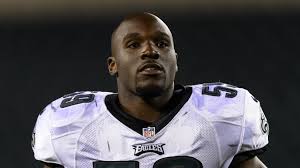 The Eagles won today’s game against the Houston Texans, but the victory came at a very high price.

The Birds lost quarterback Nick Foles to a broken collarbone, Todd Herremans to his biceps injury and linebacker DeMeco Ryans to a torn Achilles.

These are enormous blows to this football team. With Foles going down, it robs the team of valuable opportunity to get a look at Foles to determine just what his future is going to be in this league and with this team. The third-year pro might not have been playing great football throughout the year, but there’s no doubt that he gave this team the best chance to win right now, and even though Mark Sanchez has looked good in the preseason and did some nice things today, Foles is a very big loss for this club.

It was very difficult to see DeMeco Ryans go down today. You have to respect Ryans for what he’s meant to this team, and all of the plays he’s made and intangibles that he’s brought to the table over the last few years. Now there’s a very real possibility that he’s played his last snap as an Eagle, leaving this defense without its anchor in the middle.

I mentioned before the game in my pregame article that I didn’t believe Todd Herremans was going to be able to play through that injury for long, and it turns out he couldn’t even make it through one game. Playing with one arm at a position like that just wasn’t going to work. The Eagles’ starting offensive line from a year ago that featured Jason Peters, Todd Herremans, Jason Kelce, Evan Mathis, and Lane Johnson will not play a single down together during the 2014 regular season.

Where do the Eagles go from here?

It will be interesting to get a look at Mark Sanchez as this team’s starter. Can Kelly’s system bring out the best in Sanchez and restore his career?

Its very important that the Eagles’ running game become the primary focus of the offense again with Sanchez in. Chip Kelly showed signs of leaning that way today by using the talents of all three of his running backs.

The good news is that the Dallas Cowboys fell again today, giving the Eagles sole possession of first place in the NFC East. A tough Monday night matchup with the Panthers is on the horizon.

Will DeMeco Ryans Suit Up As An Eagle Again?