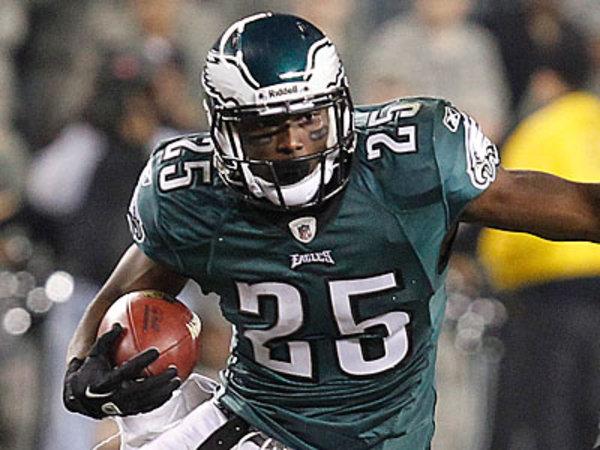 The Eagles are by far the better team; they should think that way and act in such a matter that has us feeling good about our Thanksgiving matchup with the Cowboys.  The Titans have had a short week to prepare, and let one slip away against the Steelers on prime time football last Monday.

The Eagles have re-established some of that “home field” advantage, and recently several players have made it public that the team feeds off the energy that the fans provide them.  Weather wise the fans dodge a bullet with the forecast for rain coming later in the day, so the sun will be shining on the field at the Linc, the stage is set for the Eagles to take care of business.

The Titans have a few guys early round selections that make up their trio of offensive weapons.  Wright and Hunter at receiver and Shankey at the running back position provide much of the support for their rookie quarterback.  A few vets fill out the rest of the roster in Walker, Greene, and Washington, but this offense is not going to score a ton of points, which should favor the Eagles who are putting up over 35 points a game at home this season.

The Eagles “should” be able to run the football with great success, but their track record for the better part of 2014 leaves question marks if they will do just that.   The wait for McCoy to have one of “those games” remains a wait and see, but if he is going to actually do it, this week would certainly be it.  The tight-ends for the Eagles will have plenty of room to make plays, and with how the Titans use their safeties very close to the line of scrimmage, the deep ball should be available for Maclin.

The Titans can get after the quarterback, and their secondary likes to play physical, but their aggressiveness can lead to big holes for opposing running backs and open parts of the field for big “YAC” opportunities.

The Eagles defense has been very impressive at the LINC with their ability to rack up huge totals in the sack department while also registering touchdowns on turnovers/returns.  I expect the trend to continue with Mettenberger being chased by Billy Davis schemed blitzes, showing little fear with the offensive playmakers and inexperienced quarterback.

The Eagles will keep the trendy word in sports going as they help fans and media “RELAX” after the forgettable effort last week.  This is a game they should and will win by double digits.