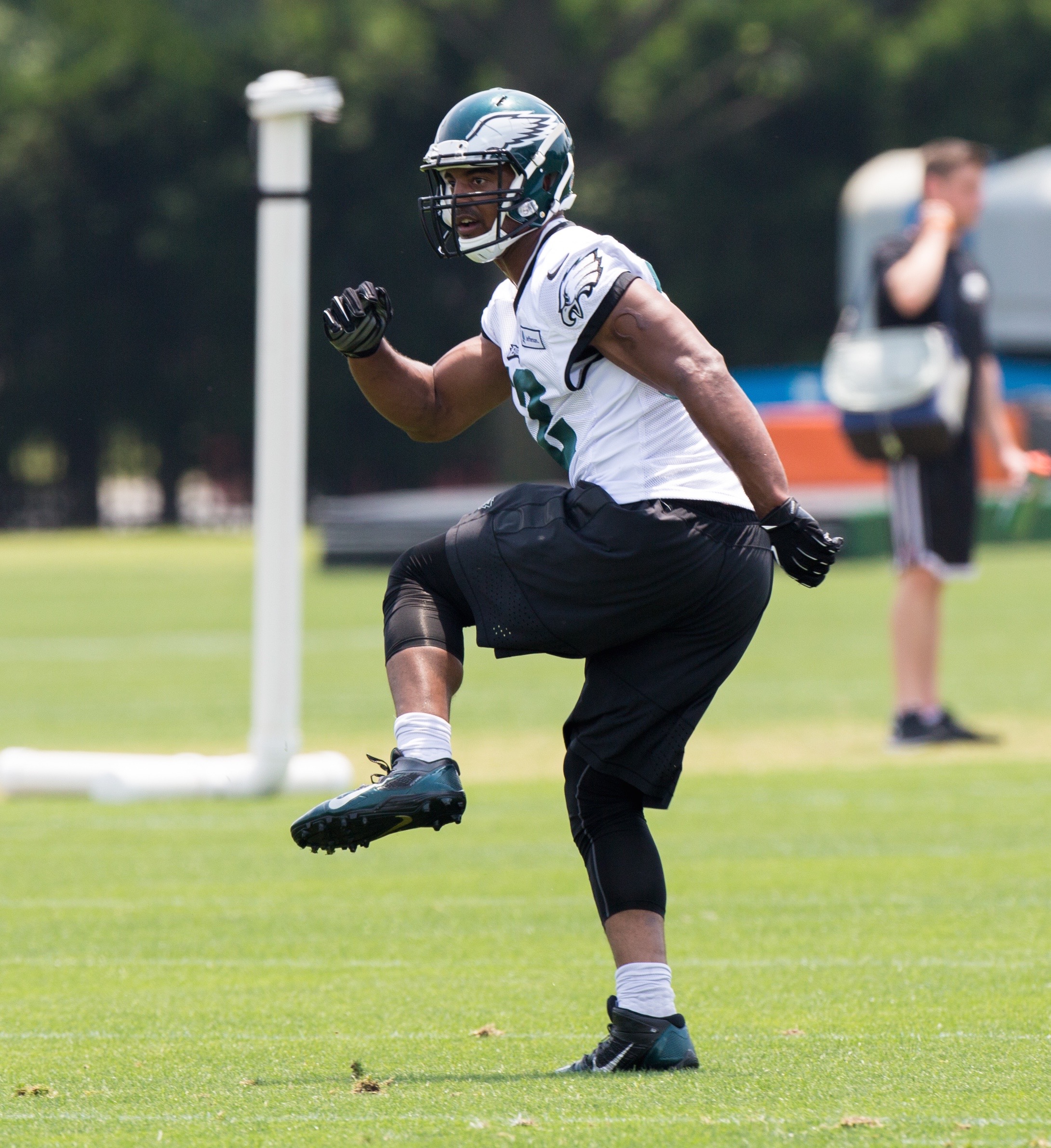 About a month ago, to the surprise of many, the Eagles selected inside linebacker Jordan Hicks in the third round of the 2015 NFL Draft instead of addressing their needs on the offensive line.  With Pro Bowl guard Evan Mathis refusing to report to OTA’s and seeking a trade, it’s even more ridiculous that the Birds used that valuable third round pick to draft Hicks, an inside linebacker, who was expected to go in the fourth round.

This defense is in trouble if for some reason Connor Barwin or Brandon Graham goes down.  We don’t even know if Graham can do the job as a first string outside linebacker.  He’s most definitely a liability in pass coverage, but you’re willing to put up with that as long as he gives you the pass rush.  They have no depth at outside linebacker and to me, it’s really more important in the 3/4 scheme to have pass rushers at the outside linebacker position, than to have good players at the inside linebacker spot.

I know they will wind up moving one or two of their inside linebackers outside, but it’s best when you have players focusing on one position, not two.

I think offenses are going to try to force Barwin into pass coverage more and make Graham be the rushing outside linebacker.  They can do that with formations, by lining up the tight end to Barwin’s side and lining up backs out in the slot on his side.  They can make a habit of leaving Graham to the open side.  Offensive coordinators are going to pay attention to Barwin more because he led the NFC in quarterback sacks.

We will find out if Graham can get to the passer consistently throughout an entire season, and avoid injuries.  What if the answers to those questions about Graham are negative?  That will really put the Birds in a dilemma.  Of course we always have Marcus Smith to turn to.

Rushing the passer is the most valuable thing a player in the defensive front seven can do.  That’s why Barwin was voted to the Pro Bowl.  Defensive players are drafted in the first round for being able to get to the quarterback.  The NFL is a passing league and getting to the quarterback is the key to defense.  A pass rush can make a mediocre secondary look good.

This young fella Hicks isn’t going to be impacting anything.  He’s a good coverage inside linebacker and the Eagles made that such a high priority despite all the other immediate needs. Stopping the run or being able to cover backs out of the backfield isn’t nearly as important.  Hicks was drafted for future needs when the Eagles have serious needs right now on their offensive line and at the outside linebacker position.

Nobody wants to see backups guards like Matt Tobin or Andrew Gardner get beat on a pass rush and get Sam Bradford hurt, again.  We also don’t want to see them let the running backs, DeMarco Murray and Ryan Mathews get pounded because they’re being over matched and dominated in the running game.

Evan Mathis’ Agent Says They Had Trade Deal Before The Draft