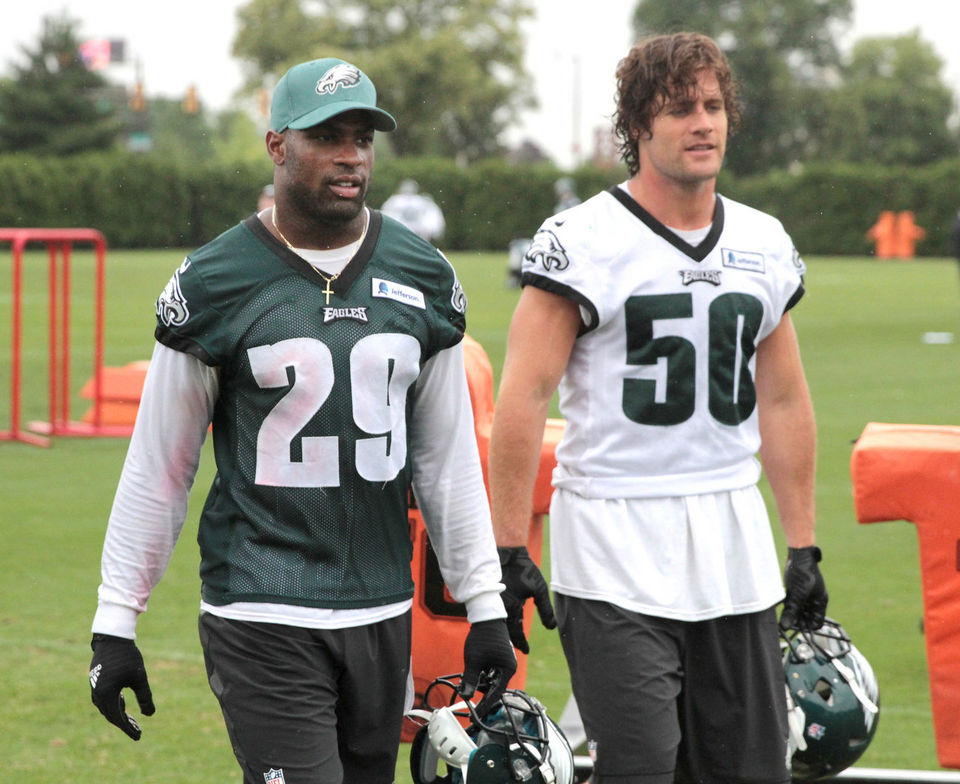 Eagles new running back DeMarco Murray went on The Rich Eisen Show this week and he made some strong statements about the improvement in his physical conditioning, strength and speed.  It seems that Murray has become a believer in Chip Kelly’s sports science program.

” I feel amazing.  I pride myself on working hard and getting ready for this grueling long season.  And with this new strength and conditioning staff it’s been an unbelievable process for me……  I’m getting faster and stronger.  I feel stronger, faster than I have ever felt in my life, so I’m excited about the season.”

One of the main reasons Murray is now a Philadelphia Eagles is his close friendship with Sam Bradford.  They were close friends in college at the University of Oklahoma and maintained that relationship as NFL stars.  Bradford lobbied Murray to come to Philly after he signed with the Birds.

“We were roommates in college….  We always would joke around about if we could play together again…… Once he did get traded here.  I immediately was like, ‘Hey, we’ve got to get something done there. Let’s make it happen,  We were able to. He’s a great person, works very hard. He’s excited about this upcoming season.”

Wouldn’t it be ironic if the most important thing Bradford does for the Eagles is helping get Murray here rather than signing with the Eagles himself?  Oh well, Bradford and Murray are exciting about getting the chance to play together again, this time in Philadelphia.

Murray let Eisen and his audience know that Kelly is eager to get both he and Bradford on the field, because he’s planning on creating all types of problems for defenses in the NFL by attacking on the ground and through the air with a vast array of weapons.

“There’s a lot of playmakers on this team so it’s going to be hard to just try to stop the run or try to key in on one guy whether it’s the run game or pass game because we have so many different weapons,” Murray said. “I think Chip (Kelly) does a great job of using the talent that he has.  You look outside you’ve got Jordan Matthews and you’ve go the young guy (Nelson Agholor).  You’ve got  Miles Austin, and Brent Celek, and  Zach (Ertz), Darren Sproles is an unbelievable running back, so he can do it all.  He does a great job of finding ways  to get guys the ball.”

There Are Reasons To Be Concerned About Eagles Offensive Line