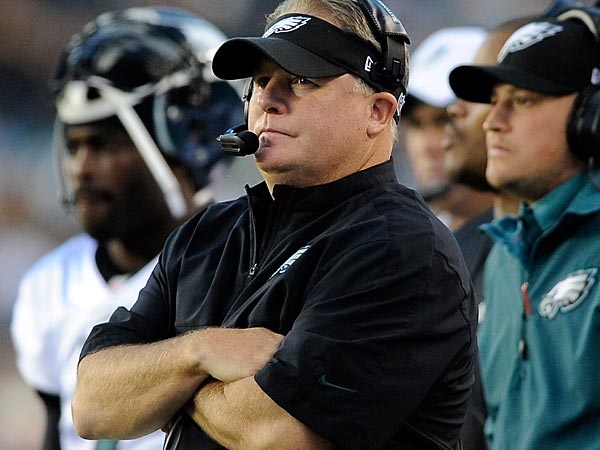 When the Eagles play their first preseason game against the Colts, it’s going to take a moment for people to familiarize themselves with all of new players. There is the potential for five new starters on both the offensive and defensive side of the football; a considerable overhaul from the 2014 lineup.

The majority of NFL coaches would have built around a ten win, focusing on the draft and free agency to address specific areas of need, while retaining the majority of the “core” players. Chip Kelly elected to go in a different direction and no other NFL team saw the degree of “significant” change that the Eagles went through.

I don’t believe any “potential” regrets from Chip will be felt when it comes to the Eagles defense. I think the general consensus amongst media and the fan base is that the defense could be a pleasant surprise in 2015.

Some people were displeased that there wasn’t an attempt to restructure the contract of Trent Cole, and instead the Eagles extended former first rounder Brandon Graham who most thought would sign with a team that ran a 4-3 scheme. The only other shocker was the extension given to Ryans coming off the season ending surgery, especially with his price tag. The Eagles had already added Alonso via trade and Kendricks was on the last year of his rookie contract, but Chip loves Ryans. There is plenty to like about the additions made to the secondary as Williams, Fletcher and Allen had worn out their welcome in Philadelphia. The upgrades on “paper” all appear to improve a secondary that was brutal in 2014.

The “potential” of the offense is the major question mark with this football team. Will Sam Bradford be ready for the season opener, remain healthy throughout the season, and then on the football side of things, will he flourish in the Chip Kelly offense?

There are certainly question marks with the skilled players that surround the Eagles quarterback(s). The veterans at running backs have shown they can be great when healthy, but the injuries have limited both players to only one “full” season each. With Maclin going to Kansas City, the receiving core is extremely young, and the “breakout” potential of Ertz continues to be a wait and see.

I have the gut feeling the offensive line is the area that Chip is “potentially” going to regret not “appropriately” addressing prior to the start of the 2015 season. When Todd Herremans was released, no other veteran with any type of NFL experience was signed to provide depth. Knowing the saga with Mathis, not a single offensive lineman was drafted. The Eagles were riddled with injuries last year on the offensive line after staying healthy in 2013. Chip fielded questions throughout the 2014 season, and hinted how the guys subbing in for the starters were adjusting and how “trust” and “timing” were necessary components for an offensive line to be successful.

Chip is now vocal with his support for “two” unproven offensive linemen in Tobin and Barbre. The Eagles whiffed on adding veteran offensive guard Chris Chester who elected to sign with the Falcons which shows the team would like to improve this position group.

Chip needs to be a “NFL” coach which means Evan Mathis is starting at guard for the Eagles when the season begins. I don’t care how it’s done, or if Mathis and Chip like one another.
These two men are employees of the Philadelphia Eagles, and need to put personal differences and egos aside. If not, and if the Eagles make no other upgrades at the offensive line, it will be the position Chip regrets, and possibly one that prevents the Eagles from reaching their full offensive potential in 2015.

Sam Bradford In Team Drill And In Rhythm