Philadelphia Sports: The Year Of The General Manager 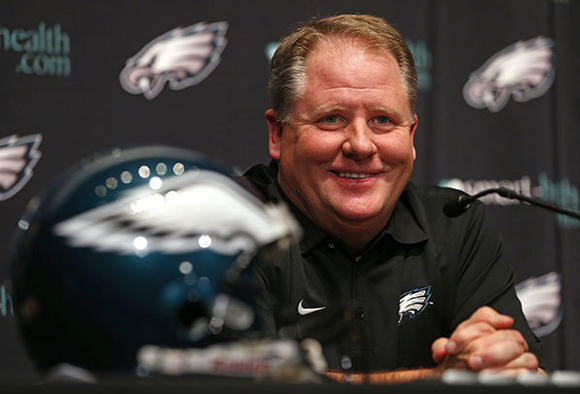 When you think of any of the four major sports markets in Philadelphia, it’s not the image of a player that first comes to mind, but rather the general manager. Perhaps it has to do with the lack of winning; and distant memories of postseason appearances.

April 30th of 2014, Flyers fall to the Rangers in game seven, the most recent date of playoff atmosphere in Philadelphia.

So why have the general managers dethroned the players? I think some of it has to do with the personalities and uncommon philosophies of guys like Chip Kelly and Sam Hinkie, challenging the media and fan base to be open minded and patient to see what the final product can achieve. In the case of the Flyers, having a one-time fan favorite goaltender now doing his best to revive a hockey team by going outside the box with hiring a head coach that has zero professional experience. And with the Phillies, it’s about having disgust with Amaro for waiting too long with the rebuilding process, and the anticipation of a possible blockbuster trade prior to the July 31st deadline.

It’s not as if the rosters are depleted, the cupboards are not bare of talent. The Eagles have plenty of Pro Bowl players, but Chip Kelly and all that pertains to the head coach/general manager will continue to remain the main focus. The “trust” in Sam Hinkie during the “tanking,” the analytics and acquisition of assets, it’s what first comes to mind with the Sixers and not the raw talent that the team is trying to build around. The Flyers had two players in the top ten in total scoring, but Giroux and Voracek take a back seat to what Hextall is doing. The Phillies, there are a few player you like to watch, but the team as a whole is one of the worst that the franchise has ever seen. With a good chance to finish dead last in all of baseball, all eyes are on Amaro since it appears he isn’t getting fired this season.

When will the athletes who play the sports that captivate us, bring us to the ball park, arena and football field take back control? Is it merely about winning or is it something else that needs to happen for the change to get underway?

Reuben Amaro will get fired after the Season’s over as New President McPhail will bring in his own GM..

I want them to push the Cubs for Schwarber and other prospects. Kid is a stud and the power hitter that the Phils need. He either makes it as a catcher or you put him in a corner OF spot.

nice scouting on Schwarber, agree with your breakdown and we some power in this line-up moving forward if we project guys like Hernandez/Crawford to be ourmiddle infielders.

Gone are the power #’s that Rollins/Utley put up, the Phils will need to add some power, and there is very little in the farm system to help.

I like what we have with the pitching depth, I’m looking for prospects with the ideas of any trades made by the Phils that can hit the cover off the ball, CBP is a hitter friendly field.

This is what I had hoped for for Hernandez. He has hit at every level, so I am hoping that that continues to translate.

Crawford, Franko and Schwarber is a nice middle of the order.
If Revere goes and Quinn comes up, then he and Hernandez can set the table.

As for the staff, Nola looks like he will be a solid MLB pitcher, but the rotation is in shambles right now. You have to hope that Eflin or Lively develop into something like a 3rd and hopefully Morgan can be servicable. That could be where they spend.

This is all optimistic of course, but this is what we have. The good thing is that they will have money to add in players. I just hope that they do it wisely in the future.

Phillies/Reuben really dropped the ball not trading Chase last year, the year prior or 3 years ago. For the last 3 years basically every contending team couldve used him and the return wouldve been big but because of this citys obsession with him Reuben wouldnt do it which is disgrace.

the past 3 years the entire city has been crying about howard and get rid of him, but the fact was he was worthless and you wouldve been lucky to get a wooden nickel for him. chase was the guy to move and we didnt for what nostalgia?

by the way Cliff Lee is an absolute soft, scamming, scumbag and also gets a pass. The guy totally mailed it in and isnt doing anything with his forearm at all. He quit on the Phillies and MLB for that matter. Phillies will buy him out at years end, Cliff will collect 12.5 million and retire or magically his forearm will check out with another team if he decides he wants to play.

I guess you forgot about utleys 10/5….. he said no.
that said, time to bench him, they won’t get anything etc… move on… looks like they might find 2/3 everydayyoung players this year franco, hernandez and maybe two utility pieces in galvis and Herrara — Rupp might be a decent 2nd catcher with some starting ability…

They should have not Resigned Utley after the 2013 Season and started the Rebuild Process and let him finish his Career with whomever he wanted for a chance to Win..
But what’s done is done, its time for the young players to play and learn how to Win