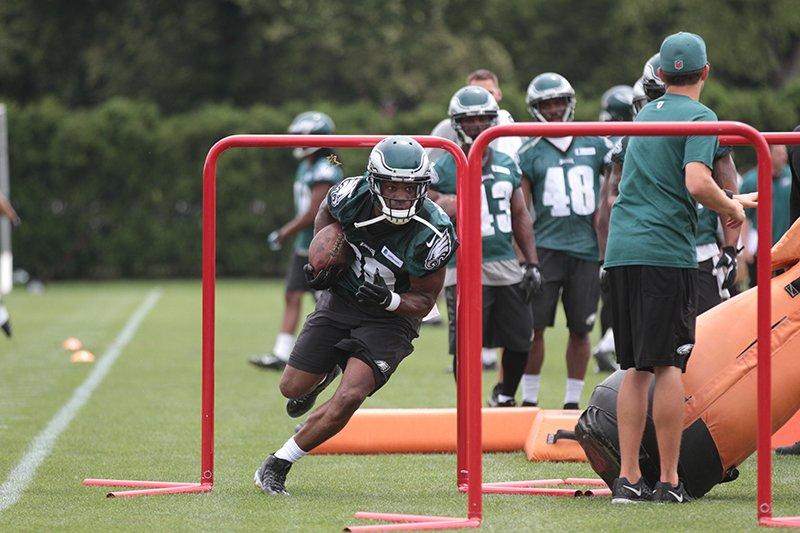 Field Yates of ESPN put together a list of the five best offensive position groups in the NFL and he had the Eagles running backs amongst that group.  It doesn’t take a genius to look at the Birds running backs for DeMarco Murray, Ryan Mathews and Darren Sproles and realize they’re the best running group in the NFL.

They should be able to carry this offense, if they can stay healthy and if the Birds offensive line plays well enough to let them exhibit their abilities.

Former Eagles Pro Bowl safety Brian Dawkins questioned the appearance of the Colts wide receivers in the group.  He singled out T.Y. Hilton, but he credited the talent of Andrew Luck for the reason the Indianapolis wide outs were singled out.

I agree with him because Indy’s wide outs are nothing special past Hilton.

Dawkins talked about DeMarco Murray having had a great year in 2014, but needing to stay healthy in 2015 for Chip Kelly.  Dawk said the presence of Ryan Mathews will allow the Eagles to limit Murray’s carries

Colts WR’s now have TY Hilton,Andre Johnson, Dontae Moncreif & Top Pick Phillip Dorsett .. Package these WR’s with 2 Young TE’s in Dwayne Allen & Coby Fleener and you have a lot of weapons for QB A Luck..