Eagles Waive Back Up Running Back Matthew Tucker 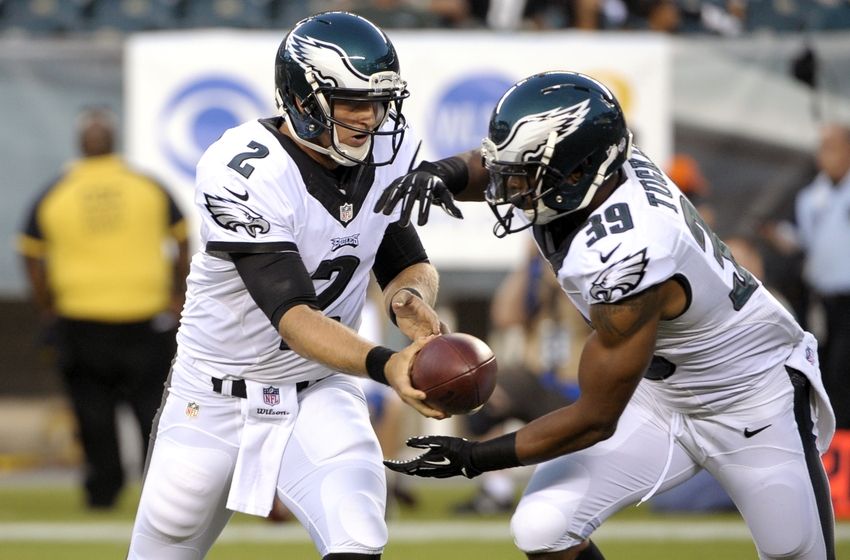 The Eagles released backup running back Matthew Tucker because of a non-football injury.  It means Tucker got suffered the injury away from the Nova Care Center.   In all likelihood, the youngster was hurt while training for the upcoming training camp.

According to Tim McManus of PhillyMag.com’s Eagles 24/7, Tucker sustained a quad injury which will require surgery and put him on the shelf for eight to nine months.

Tucker would have had the chance to make the team because Chip Kelly said he was interested in having four running backs on the roster before Chris Polk decided to sign a deal with the Houston Texans.   If Tucker was healthy he would be battling Kenjon Barner for the chance to play Special Teams and backup DeMarco Murray, Ryan Mathews and Darren Sproles.

Sports Illustrated reports former Eagles defensive backs coach John Lovett,  who had become a scout for the Birds, will be taking a job at the University of California coaching the cornerbacks.

NFL Analyst Greg Cosell On Sam Bradford: “A Little Skittish In The Pocket”

I really liked Tucker. Thought he ran hard and had some talent. Kenjon Barner stinks. He is small, slow and runs out of bounds..

RB K Barner is another Chip Kelly Favorite who was recruited and played for Kelly at Oregon,.. I watched this Barner very closely for 2 Years while he was on the Panthers and he runs Scared, can’t block and can’t hold onto the ball and is not an NFL Back.. If this Barner makes this Roster than this about tells me what kind of NFL Talent Evaluator Chip Kelly is…
Eagles will likely keep only 3 RB’s on the 53 Man Roster and then a Back on Practice Squad to develop and in case of Injury..