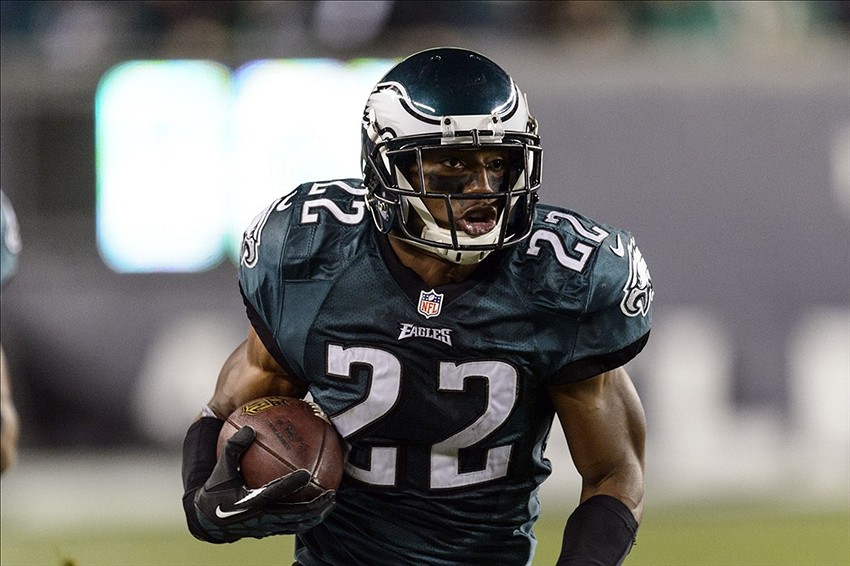 Beneath all of the accusations and controversy surrounding the trading of Brandon Boykin to the Steelers is the fact that Boykin is a very good football player.  He was one of the best nickel corners in the league.  Teams play three wide receivers all the time.  The nickel back is really a starter on the defensive side of the ball.

He was one of the best athletes on the Eagles roster from a speed and quickness standpoint.  I have watched Boykin out-jump much bigger guys for the football.  I believe his vertical jump is near 40 inches, which is near the best in the league.  I don’t think you can simply look at somebody’s height and be able to estimate how big they play the game.

Not only does he have outstanding coverage skills, Boykin is a playmaker on Special Teams in the all important Hawk role.  He runs down on punts and makes a play on the punt returner.  He’s one of the best in the league at doing that assignment.  How much yardage does that compute to in a game?

NFL Network Analyst Brian Baldinger was just on 97.5 this morning with Anthony Gargano and he was in agreement with me about the trading of Boykin.

“I was just in Buffalo’s camp with Rex Ryan and New England’s camp with Bill Belichick and in New York with Todd Bowles and they all say you can’t have enough good corners and pass rushers”, Baldinger said.

“I know JaCorey Shepard and Randall Evans”, Baldinger said.  “I know him I did his games at Kansas State and believe me, they’re not Brandon Boykin.  Maybe they just want them because they’re six feet tall, that may be the case.  Just a heck of a football player they just let walk out the door.”

“I’ve seen Brandon Boykin intercept passes against the Baltimore Ravens, pick off Joe Flacco and I’ve seen him go up 38 inches in the air and he ain’t playing at 5’10”.  When that ball is in the air, he’s not playing at that size”.

I don’t understand why you trade a guy, who has proven he can make big plays in this league.  Remember Boykin made the interception against Dallas to clinch a playoff appearance for the Eagles.  He had six interceptions in one season.  Are you kidding me?  These rookie corners who the Birds just drafted haven’t proven they can do anything in the league.

Keep checking back all day because I’ll be giving you updates from Eagles Training Camp right here on GCobb.com and on Twitter @GarryCobb and on Facebook at GCobb.com.

This whole “size thing” for trading him is total nonsense as slot receivers are usually smaller and Boykin plays bigger than his height,watch him on YouTube in the slam duck contest .In a passing league you can NEVER have enough good cover guys….Chip has entirely to much power for a guy that got out coached when we were at home against the Saints in the playoffs when we were favored to win

I don’t think much of Boykin’s abilities, he made some plays, but many have a short memory on how many times he was burned on the outside when he was given the chance to play there.

That being said, he is better than any rookie – I agree with Gary. But if was so good, why was it that all the Eagles could get for him was a conditional 5th round pick????…….

They got more for Bryce Brown, who like Boykins, had his moments too. He had 6 interceptions in one season…..How many did he have last year??

I think if he consistently posted those types of numbers – you could make a case for him, but if that season was an aberration…….then maybe he wasn’t as good as that season suggested

– But he is better than Sheppard, or any other rookie they have on the roster right now – so another head scratcher from Chip Kelly

I think we find out this year , if chip kelly is too anal in his thinking on weight, bone size and all of the other intangibles, the nfl hasn,t focused so hard in the past, it may very well be he will fail badly., or the fans will soon love his process.I’m a eagle fan so Im pullling for chip ,but have quite a few doubts, but have learned to keep a wait and see approach, Hard to argue against the experts, though with boykin , He is a a very very good player, Just pray for chip he does not hire a 5/9/ inch white guy to take Boykins place.Then we rrally have something to write about.

Pat I think Chip Kelly is stuck in College measurable mode, and on talent evaluation. This is the NFL, the next level. He is lagging behind in what is needed to win on this level in my opinion….

If Kiko Alonso, doesn’t play up to what he was his rookie year, was it a good move to move McCoy fro an inferior talent???

If Walter Thurmond, is as bad as Bradley Fletcher in the Secondary, was that still a good move on his part??

The guy thinks his former players are better than what they really are on this level. Nothing will surprise me this year.

Boykins is a good Solid NFL Player in the mold that Juselio Hanson was for the Eagles a few Years back… He had a so-so 2014 Season but alot of that could have been the crappy Coaching and Scheme from Previous Secondary Coach.. He is replaceable and did not fit the Future Plans for the Eagles and would have left via Free-Agency after 2015 Season anyways where the Eagles would have gotten nothing in Return so getting a Conditional Pick which should end up as a 4th Rounder from the Steelers is a good Deal for the Eagles and a Good Deal for the Steelers
I always thought Boykins would excel as a Punt Returner in the NFL as he did in College but never seemed to want it at the NFL Level and was very tentative the few chances he had earlier in his Eagles Career…

The only thing I can see Boykin being upset over is that he was told he would get a fair chance at competing for an Outside CB so he could be a Starter and was never really given that chance by Davis/Kelly… Bottom Line the last 2 Eagles Coaching Staffs have deemed that he was best as a Slot CB.. Lets see what he plays for the Steelers who have needs at Outside and Slot CB..

Baldy you are overrating Boykins…He is a good solid player no doubt..but I have also seen him over powered and abused in the run game. He also slipped last year from the previous year…he was unhappy, we got something back for him…solid move…good luck in Pittsburgh-Boykin…you did a solid job here

Boykin had a bad 2014. He gave up a lot of first downs to the point where teams were focusing on going after him on 3rd downs even though you had Bradley Fletcher and Cary Williams outside.

I should have mentioned that more prominently in the article. I also learned that the Eagles could have sent him to Jacksonville. They did a favor and might have traded him into the Super Bowl.

Teams also don’t want guys who aren’t under contract. Boykin is going to need to be resigned, the Eagles had already made up their mind that they weren’t going to resign him, so they wanted to get something for him now. There’s always two-sides to each story.

G you are so right about boykin giving up 1st downs last year and it was too mediocre 3 receivers i think cole beasley even abused boykin in coverage so yeah he can be replaced but I loved boykin the year before…..they got good value for a1 yr player

Can anyone name 1 DB on the Eagles from 2014 who had a Good Season?
Even Malcolm Jenkins who started off playing real well, ended up with an Average Season..

Which is why the Saints converted M Jenkins from CB to Safety to begin with was due to his bad hands.. Remember that Jenkins was the 14th Player Selected in the 1st Round by the Saints out of Ohio State in the 2009 Draft

MJ is much better at Safety than he was at outside CB where he struggled big time.. Outside CB at the NFL Level is probably the most demanding Position in all of Football to be honest.. Maybe LT is right up there with it as well as QB

Would you give Kendricks a shot at Strong Safety with his speed, and instincts??

I would… I suggested that a few years ago as well….

Not now for its a too late I beleive to transition Kendricks to the Safety Spot
Kendricks has not shown to be very effective in Pass-Coverage Skills at the LB Position at this point of his Carrer so making a Transition to Safety where he would have to drop 20-25 Lbs and increase his Agility, Drop Back Skills, Ball in Flight Skills and I just don’t see happening at this stage of his Career..
I would focus more on what Kendrick’s does well and his natural best which is rush to the backfield from either from the Inside or Outside LB Position’s and would let him continue doing that .. I would line him up over Center, Guard, OT, TE and move him all around the Formations and send him after the QB on almost every play.. He is not very good backing pedaling
Kendricks has great burst and tremendous straight line speed but at Safety you need that great vertical, stop and start, flexible hips and turn and go type of skills that Kendricks has struggled with in covering TE’s at the LB position.. Dropping back 20 Yards with WR’s bearing down on him is probably not a good thing…

Great analysis pman I believe kendricks has been a lb his whole career in college and of course pros, he is ok coverage wise but it is too late to change his position now

I am a proponent of letting Players do what they do best and in Kendricks case, he’s much more effective when Rushing and moving Forward than dropping backward, so I would have him Rush,Rush,Rush every chance I could even if it’s in Run Blitzing Defensive Schemes or Calls.. I do not have him stand still or back-pedal.. I have him rushing forward to blitz a gap against the Run, to break up a lead block on a run or to get after the ball carrier or QB… This is when he’s a beast and makes Play’s