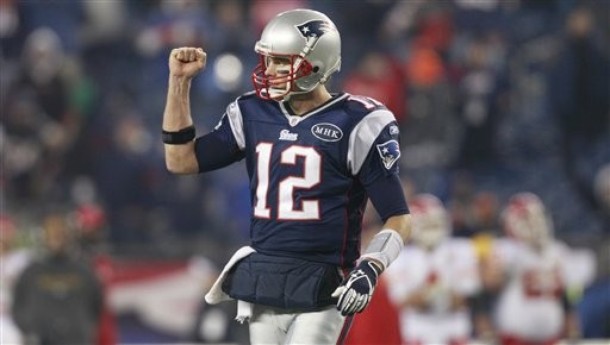 It’s been a rough off-season for the Patriots. And I’m not even talking about Deflategate.

Forget about the off-the-field controversies, the Patriots have had to endure a rough off-season that has seen them lose a ton of talent.

New England’s defense was the real key to their Super Bowl Championship last year, and several of their key playmakers are now wearing other uniforms.

The secondary is now without both of last year’s starting corners, Darrelle Revis and Brandon Browner. They’ve been replaced by 2013 third-rounder Ryan Logan and former Eagle Bradley Fletcher. The starting secondary for the Patriots now contains both Fletcher and safety Patrick Chung. They were able to re-sign Devin McCourtey, but with a mediocre supporting cast around him, this seems like a defensive backfield that’s doomed to struggle.

Also gone is defensive tackle Vince Wilfork, a staple in the Pats defense for over a decade. New England already used a first-round pick on Dominique Easley a year ago, and also went out and invested their first, third, fourth, and seventh round picks to bolster their defensive line depth.

The New England offense should be capable of generating plenty of points, especially once Brady’s suspension is cleared up. Rob Gronkowski is finally healthy and is the league’s most dominant tight end. The Pats have also put together a nice group of receivers (Julian Edelman, Brandon LaFell, Danny Amendola) that work very well with Brady.

This is still the Patriots’ division to lose. However, this is a team that has taken a step back from a talent perspective. The losses on the defensive side of the ball combined with the uncertain outcome of Brady’s suspension could wind up costing this team a valuable game or two that prevents them from returning to the playoffs.

For a couple of years now, the Miami Dolphins have been able to reach the 8-8 mark, but have been unable to take the next step forward.

Ryan Tannehill turned in a solid season with over 4,000 yards and 27 touchdowns, establishing himself as one of the good young quarterbacks in the game, but he just hasn’t had enough of a dynamic supporting cast around him.

Lamar Miller topped the 1,000 yard rushing mark, but he’s not the type of player that keeps defensive coordinators awake at night. Jarvis Landry had a nice rookie year, but teams will focus on him more than ever before now that veteran Mike Wallace is no longer with the club. The team did go out and pick up tight end Jordan Cameron from the Browns in free agency, giving Miami a more dynamic option at tight end.

The Dolphins’ defensive line has been a strength between Cameron Wake (11.5 sacks) and Olivier Vernon (6.5 sacks) and they went out and added to it by spending top dollar to bring in Ndamukong Suh in free agency. However, the team still has weaknesses at linebacker and in the secondary.

The Dolphins by and large a mediocre team. However, unlike the Bills and Jets, they’re heading in the right direction at the most important position: quarterback. Tannehill is going to be Miami’s engine, and he gives them the best chance out of the other teams in this division to unseat the Patriots.

Rex Ryan takes over as head coach, and already the Bills have a very similar look to his New York Jets teams: the defense is strong, the quarterback position is a black hole, and the team will likely hover between seven and nine wins.

The Bills have a wealth of defensive talent. Mario Williams, Marcell Dareus, and Jerry Hughes all finished with double-digit sacks last season, the front seven is also capable of controlling the running game. It’s an extremely impressive young core that the Bills will able to build around for years. The secondary is the unit’s lone weakness, but there is hope for improvement under Ryan’s coaching.

Offensively, the Bills have all of the talent at the skill positions in place. LeSean McCoy comes over from Philadelphia, joining former teammate Bryce Brown and veteran Fred Jackson to form an impressive trio at running back. Last year’s first round pick Sammy Watkins and 2013 first-rounder Robert Woods should be a solid tandem for years to come at wide receiver.

However, quarterback and offensive line are major problems, and will be the undoing of this team.

It’s a completely open quarterback competition, with veteran Matt Cassel as the favorite to win the job. Disappointing first-round pick E.J. Manuel will also be in the mix along with Tyrod Taylor and Jeff Tuel. There’s no good option here for the Bills at this point, although it may be too soon to abandon Manuel who was a top pick just two years ago. Odds are that this is a situation in which one guy wins the job out of camp, but it’s only a matter of time before every quarterback on the roster gets a crack.

The Bills have put together a lot of talent over the last few years. If they’re able to find any kind of competent quarterback play, then this is a team that is ready to make a serious power play in this division. However, that day may not come for at least another year or two.

The Jets are the one team in this division that really don’t offer much upside for the 2015 season.

Todd Bowles takes over as head coach, but he’s walking into a pretty significant rebuilding project.

Geno Smith returns for yet another crack at the starting quarterback job, and this is likely Smith’s last chance. Smith shows some positive signs at times, but too often was inconsistent and erratic. He was benched several times last season, and turned in some truly horrifying performances, including a three-interception effort against the Bills.

The Jets have made it a point to get Smith as much help as possible at the receiver positions. Joining Eric Decker are former Chicago Bear Brandon Marshall, and the team also spent a second-round pick on speedy Devin Smith.

Once again, the strength of New York’s team will be the defensive unit. Muhammed Wilkerson and Sheldon Richardson anchor the defensive line, while Darrelle Revis and Antonio Cromartie both return to the Jets as free agents to solidify the defensive backfield.

The Jets are very similar to the Buffalo Bills, expect with less talent. They’ve got a solid defense, decent receivers, but no quarterback to speak of and Chris Ivory isn’t exactly LeSean McCoy.

I like what the Bills have done…
They also added TE Clay from the Dolphins, Guard R Icognito which helps solidly the interior of their OL to go along with McCoy and QB Cassell should generate enough Offense for the Bills to Win 8-9-10 Games with Tyrod Taylor waiting in the wings.. Remember Bills new OC Greg Roman formerly of the 49ers who likes to pound the Rock and let his QB’s manage the game which is what they have in Matt Cassell
The Bills Front 7 is Dynamic and will create havoc and turnovers…
Bills need an improved Special Teams and Kicking Team and they can win many of these close battles in the 4th Quarter as their Def Secondary will be improved under Ryan’s Defense..

This is the division we have to play this year it’s pretty hard for me to gauge how we match up against this division. I know how we match up against the Patriots unless they go into a complete post super-bowl meltdown we will have to play a near perfect game to beat them in New England. Miami and Buffalo at home are 50/50 they don’t scare me, but I don’t see any cake walks with either of them. New York is another tough one, with Todd Bowles the defense will be a strong, that’s about all that scares me about New York. What works in our favor is that New England is the only team that has a legit QB which works in our favor. I say we go 3-1 our only loss to the Patriots the other three being dog fights unless one of those three don’t show up to play. That’s the best I can come up with with this unpredictable match-ups we have with the AFC West.

The AFC East has very Good Defenses that are built to stop the Run..
The Bills & Jets Front 7 are probably both Top 5 in the NFL
The Patriots lost many Starters including 3 key CB’s a LB and DT Vince Wolfork
So Bill Bellicheck will have to use smoke and mirrors
The Dolphins Spent a ton of $$$ on DT N Suh who instantly makes them tougher up the middle, but the their Secondary has ?