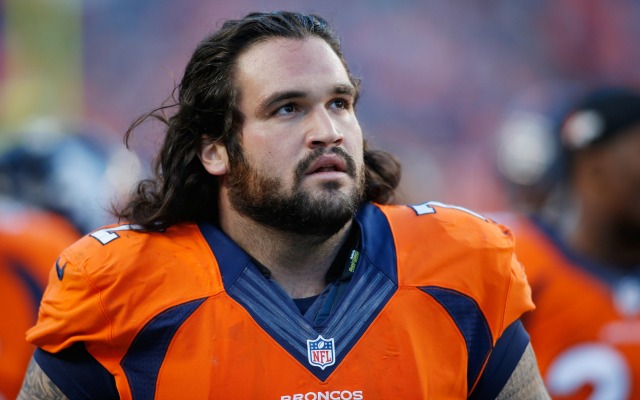 John Moffitt will be the Eagles starting right guard when the start for the 2015 season kicks off. The former 2011 3rd round draft pick walked away from football in 2013 and has since been given a second chance by head coach Chip Kelly.

Moffitt has several factors on his side that I believe will lead to him winning the starting job.

First, he has started fifteen games in the NFL to only seven by Matt Tobin, who many believe is the leading candidate to start. Chip puts a lot of trust into his veteran players, and also has a ton of respect for coaches he has coached against at the collegiate level. The fact that former USC and now Seattle Seahawk coach Pete Carroll drafted Moffitt holds significant weight, and I’m sure Chip contacted Pete prior to making the decision to signing him.

Second, the Eagles have a fantastic offensive line coach, who made a huge difference for former Eagles Evan Mathis who I feel has a very similar skill set to what Moffitt brings. Mathis was a better athlete then Moffitt, but I think Moffitt has a game that blends better with Lane Johnson. Moffitt is a guy who likes to mix it up, get his hands on his man and not let up. Moffitt won’t provide the pull ability that Mathis did but with the different style of running with the offseason additions, Moffitt could actually be a better fit.

Third, Tim Tebow, and I know I’m going to get some reaction from this. Moffitt walked away from football because he lost the passion for playing, but he was also going down a dark alley with substance abuse and an unhealthy lifestyle. He hit rock bottom and worked extremely hard to get his lift back together, and worked himself back to being on a NFL roster. Moffitt now looks to surround himself with positive role models, and the Eagles signed one of the best in the league in Tebow. Former Eagle Brian Dawkins has gone on record multiple times about what Tebow does to a locker room.

Moffitt is healthy, driven and is in a situation where if he can not only make this team, but end up starting. He is going to force Chip to name him the starter with his buy-in attitude for the Chip Kelly team first mindset and his relentless effort on the football field.

I agree 100% Jeff and feel once Moffitt’s gets his Football Memory Reflex’s back, that he would be the Best Player at RG (Remember that Alan Barbree is Replacing Evan Mathis at LG) so its RG that is open for Competition
This is Moffitt’s final chance for a Career in the NFL and he realizes this more than anyone and has overcome his demons and addictions to do what he loves doing and that’s playing Football.. He anchored some Great OL while at U of Wisconsin during his College Career with John Clay and Montee Ball running behind that Big of Badger OL..
Moffitt will also be a nice Mentor for Youngsters like Tobin, Bunche and Coccia who I believe all make the squad and will be groomed for the future
and replace the likes of Dennis Kelly, David Molk ,etc
all make the Squad o

No BS HAC, the Guy hasn’t played Football in 2 Years.. All the Conditioning and Working out he’s done is great, but he will get his FMR back from Playing Football and getting as many Reps as he can which will come back in due time…

dude i understand a guy who hasn’t played needs reps (anyone on here knows that) its just you made FMR up… i googled it no mention… its fraudman BS as usual– you just spouting off to spout off= total BS!

I get a .10 Cent Royalty every time “FMR” is printed on GCobb,Com since I developed the Term.. Who Cares anyways HAC… You are wound way too tight and add very little to nothing to this Site.. Enjoy Summer Camp/Preseason for what it is.. Its funny but not surprising that you actually “Googled It” .. You need to get a Life Bro…

paul, you are on here and other sites way more than me- slow day here- you just don’t like it that i call you on your BS- me get a life, you actually come on here and make up total bs, earlier today you repeated my exact post 2 hours after i posted it.

Here comes the proof fraudman…. and i bring nothing???? hmmm

haveacigar
August 13, 2015 – 8:35 am
Profile photo of haveacigar
Butch I know that you aren’t about facts and like to go by revisionist history…remember Mac was hurt, was offered a contract but he bet on himself and won. That was a super move on his part, but he was offered a contract. Secondly, the eagles offered him a contract, negotiated with him. He (as any man would) sought offers. The chiefs over paid maclin so bully for him for getting his money. Its a business for the player and the team and $ value judgments are part of the deal.

paulman
August 13, 2015 – 10:32 am
Profile photo of paulman
For whatever its worth dept..
Chip Kelly and Eagles made a very good Offer to Maclin which was not very far off from what the Chiefs ended up paying for him.. Its Just Part of the Deal and it’ not like Kelly/Eagles didn’t want to Re-Sign Maclin for they did but probably had a maximum Value Amount in Mind in doing so and once the Chiefs offered more, then Maclin moved on.. It happens every Free-Agency where ultimately the Player has to choose what’s best for him and his Family and it really was a no-brainer for Maclin to re-join his HC in Andy Reid who stayed with Maclin after his Illness and then Injuries and where he knows the System and will be the #1 Target there, Maclin’s closer to home and now has a Big Contract with great Bonus $$ to help Secure him and his families future.. What Player isn’t going to go for that ?

Sorry HAC,
I didn’t actually read your Post, I usually skip over them to be honest..

interesting…however when i call out your non-sense you seem to always read them…thats strange…. but like i said, you repeated my post almost exactly… you are a fraud… you come on here and make up all this nonsense..

I understand what u mean pman

The guy whose life consists of gcobb 24/7 , posting first to most articles, responding to every comment telling someone to get a life haaaaaaaaa

Games of Thrones is bringing back John Snow from the dead therefore John Moffit has been signed on to the show for another 2 years.

Good news is that Chip has developed the sports science test for Football Memory Reflex and is doing his best to weed out the players with low scores.

I do believe that Fraudman meant muscle memory. That being said it’s like getting on a bike, your muscles know the routine. The only thing that could hamper the man is learning the playbook. If he is in shape, it won’t take long to get into football shape. It’s not like Vick who needed a year to get his speed back, we are talking a strength and endurance position not speed. I hope he can make it back, it would really benefit the birds.

Side note, Since when does Paulman start grading who contributes to this site. that comment was asinine and made me chuckle out loud at the same time.

Fraudman is the gcobb version of the team manager in high school that has a bit of aspergers … He is at every practice and game, we all love him but he doesn’t get invited to the cool parties on the weekend.